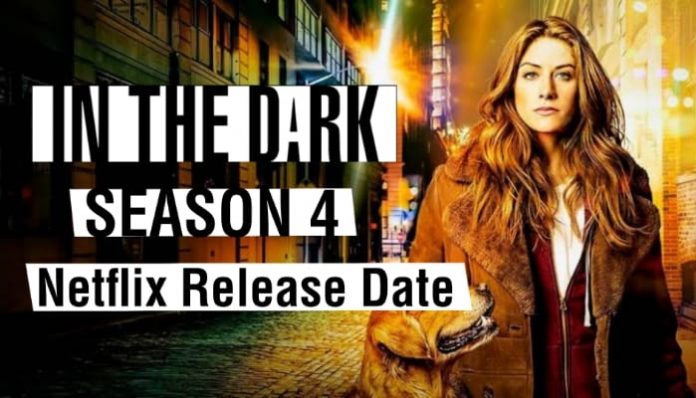 The American crime drama ‘In the Dark’ made its return to The CW after eight months. The fourth season premiered on The CW on June 6, 2022.  Although the fans were anticipating much more, an announcement in May 2022 stated that In The Dark Season 4 will be the final season of the series. S, it’s time to bid goodbye to our favorite, Murphy Mason.

In the Dark season 4 premiere date

The fourth and final season of In the Dark premiered on Monday, June 6 at 9/8c on The CW after the season 4 premiere of Roswell, New Mexico.

When will In the Dark Season 4 arrive on Netflix?

Well, the season just premiered and it will be too early to ask when it will arrive on netflix. Still, looking at its releasing schedule and when it will conclude, we can estimate the season’s Netflix release date. Like the previous three seasons, In the Dark Season 4 will also comprise 13 episodes in all and will follow the usual weekly airing schedule.

If the season airs without any hiatus, it will conclude on September 5, 2022. However, if its interrupted due to any reason and goes on a break, it can take as longer as October 2022 to conclude. So nothing can be said for sure, as for now, we just have to wait and see if its getting concluded on time.

Usually, The CW shows arrive on Netflix eight days after they finish airing. So if the fourth season of In the Dark concludes on the scheduled date, September 5, 2022, it will release on Netflix on September 13, 2022. However, if its concluded anytime late, we will have to wait for a while, probably till September-end or early October.

Where to Watch In the Dark Season 4 Online?

‘In the Dark Season 4’ is The CW exclusive show in the US. New episodes will premiere at 9/8c on Monday nights. If you want to watch new episodes you can tune in to The CW network at the time it airs. In the Dark’s new episodes will also stream next-day on The CW’s website and app, which are available to watch without a cable subscription.

The new episodes will be available to stream on live TV streaming services such as Xfinity, DirecTV, Fubo TV, Youtube TV, Hulu Live TV, and Apple TV. You may also choose to purchase the latest episodes on VOD platforms such as Amazon Prime, Google Play, iTunes, and Microsoft Store.