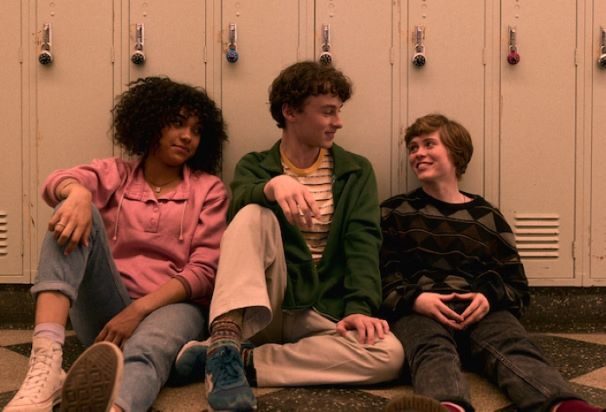 I Am Not Okay With This season 2: Here’s everything you need to know about the second season of Netflix’s American comedy-drama series.

I Am Not Okay with This is an American coming of age comedy-drama series based on the comic book of the same name by Charles Forsman. This Netflix original series debuted on Feb 26, 2020, and gained instant popularity among the viewer. The first season ended with a major cliffhanger with some big unanswered questions. So, the fans are eager to see what lies ahead. They have been waiting for the second season to drop on the streamer.

But, here is the bad news. The show will not return for its second season. In August 2020, Netflix cancelled I Am Not Okay With This Season 2 due to the circumstance related to the coronavirus pandemic.

Along with ‘I Am Not Okay With This’, Netflix also cancelled the mystery teen drama ‘The Society’ after the first season. The fans were expecting both shows to return as their first season garnered a positive response.

In a statement addressing the cancellation, Netflix said: “We’ve made the difficult decision not to move forward with second seasons of The Society and I Am Not Okay With This.

“We’re disappointed to have to make these decisions due to circumstances created by COVID, and we are grateful to these creators, including Jonathan Entwistle, Christy Hall, Shawn Levy, Dan Levine, Dan Cohen and Josh Barry at 21 Laps Entertainment for I Am Not Okay With This; Chris Keyser, Marc Webb and Pavlina Hatoupis for The Society; and all the writers, casts and crews who worked tirelessly to make these shows for our members around the world.”

I Am Not Okay With This Season 2: Will It Ever Return?

As per Deadline: “According to sources, uncertainty around production dates and balancing the availabilities of a large cast like The Society, coupled with unexpected budget increases due to COVID led to the decisions on The Society and I Am Not Okay With This, which had been both well received by critics and fans and had strong support at Netflix.”

However, Deadline noted that it’s not all over yet. The series stands a chance to return once the pandemic subsides. Fans also believe that either another streamer will step in, or Netflix will change its mind in the coming years.

What will be the storyline if the series gets renewed?

It is a mind-blowing series with dark humour. Season 1 deals with the protagonist Sydney going through high school awkwardness, family drama and her unrequited crush on her best friend. While trying to figure out her budding superpowers with a lot of twists and turns.

Next season will definitely happen as the first season signed off with a shocking climax and left us with so many unanswered questions. It will most likely answer the following questions:

In the upcoming season, we expect Sydney to learn more about her supernatural powers.  She would learn when to use these powers and how to control them. As the first season left us with curiosity and suspense, we expect the next season to be extremely interesting.