Sidharth Malhotra started his Bollywood career with Karan Johar’s Student Of The Year. The movie marks the debut of three young stars, Sid, Varun and Alia. While Varun and Alia have established themselves, Sidharth is still struggling to get his feet right. In these 5 years, he has worked in eight movies, but only three of them, Student Of The Year, Ek Villain and Kapoor & Sons have worked at the box office. Moreover, in both movies, he was sidelined by the other stars. A Gentleman released in 25 Aug 2017, was a big flop at the box office. His last movie, Ittefaq also failed also tanked at the box office and earned only 28 crores in India. Let’s have a look at highest grossing movies of Sidharth Malhotra.

Hasee Toh Phasee: Despite receiving good reviews from critics, the movie failed and managed to earn 35.5 crore in its lifetime. Moreover, Sidharth was completely overshadowed by Parineeti Chopra.

Ek Villain: The movie was a big hit at the box office mainly because of its super hit music. It earned 105.5 crores.

Brothers: Sidharth Malhotra played martial art wrestler in the film. The movie failed because the budget was high. It earned 82.47 crores in India. Akshay Kumar played Sidharth’s elder brother in the film.

Kapoor and Sons: This is probably the best movie of Sidharth Malhotra in the last five years. Once again, Sidharth was overshadowed and this time by other members of the star cast including Fawad Khan and Alia Bhatt.

Baar Baar Dekho: Sidharth paired with Katrina Kaif for the first time. The movie based on time travel was a disaster at the box office with the lifetime collection of 30.9 crores.

A Gentleman: Directed by Raj and DK, the movie was a good watch but failed because the pre-release buzz was too low. It earned only 19.82 crores.

Ittefaq: The remake of 1969 cult classic Ittefaq received mixed reviews from critics. Made on a budget of around 35 crores, Ittefaq managed to earn only 28 crores.

Varun Dhawan and Alia Bhatt, who also made their debut with Sidharth have been delivering huge hits. As you can see, Sidharth has only one 100 crore movie. While his counterpart, Varun Dhawan has so far delivered four 100 crore movies. Sid is still struggling for hit hits. It would be interesting to how his upcoming movies perform at the box office.

This is all about Sidharth Malhotra’s highest grossing movies. Share you views on this article in the comments section. 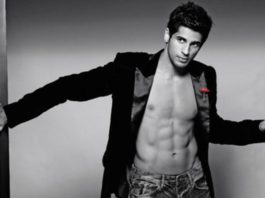