As we are all set to enter the new year with new hopes, here’s a look at the highest-grossing Bollywood movies of 2021.

With the pandemic still looming around, theatres and multiplexes in the country remained closed for the most part of the year. Only a few movies managed to make it to the theatres in the first and last quarter of 2021. While some tanked at the box office, some managed to bring the audience back to the theatres. With 2022 starting with the Omicron scare, let’s have a look at the highest-grossing Bollywood movies of 2021.

Rohit Shetty’s action entertainer ‘Sooryavanshi’ was the biggest theatrical release of 2021. When other actors were avoiding theatrical release, Akshay came forward and the most awaited Sooryavanshi on Nov 5, 2021. The movie received a bumper response at the box office. It earned Rs 294 crore worldwide and is currently the highest-grossing Bollywood movie of 2021.

Despite glowing critics reviews, Ranveer Singh’s ’83’ failed to make much impact at the box office. Mounted on a massive budget of Rs 250 crore, the Kabir Khan directional has collected Rs 109 crore so far. It turned out huge box office failure.

With Salman Khan in an extended cameo, Antim managed to impress the critics and viewers. However, at the ticket window, it received an average response. The Mahesh Manjrekar is the third-highest Bollywood grosser with a worldwide earning of Rs 58.37 crore.

Bell: Bottom was the first major theatrical release post the deadly second wave of COVID-19. Released on Aug 19, 2021, Akshay Kumar starrer action-thriller earned Rs 50.58 crore worldwide. It’s an achievement of some sort considering the fear of the pandemic at that time.

Though not a Bollywood movie, Pushpa needs a special mention in the list. The Allu Arjun starrer has impressed one and all. The Hindi version of Pushpa has so far collected around Rs 84 crore in India. It has surpassed expectations. The worldwide gross collection of the movie stands at Rs 300+ crore. 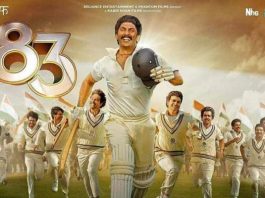 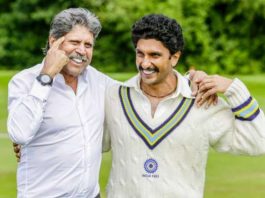