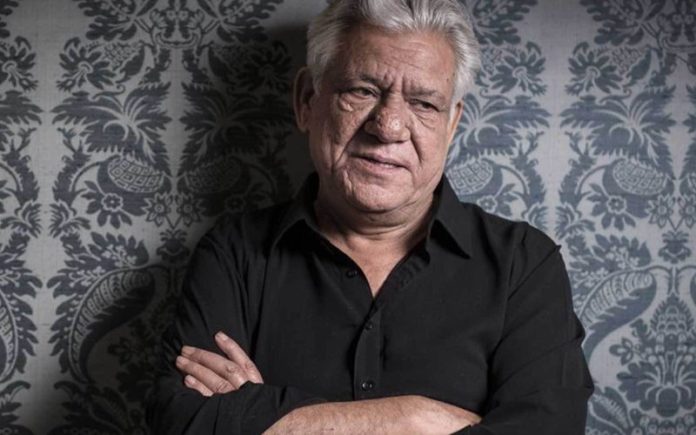 Heart Attack not the only cause of Veteran Actor Om Puri’s demise. Bollywood legend Mr. Om Puri, who also played award winning cameos in popular Hollywood Movies has left us under questionable circumstances. New details are emerging that Mr. Puri desperately wanted to meet his son Ishan, who lives with mother Nandita. Nandita is ex-wife of Mr. Puri and lives in Trishul building, Mumbai. Ishan is a special child and had a very special place in his father’s heart. The day when we lose Mr. Puri, he wanted to meet him and Kidwai, a friend of Mr. Puri and him went to the same building. When they reached the resident it was locked as Nandita and Ishan were both out for a party. At that time, Mr. Puri had an argument over the phone and asked Nandita to come back as soon as possible, per Mr. Kidwai.

As Mr. Puri visits the flat quite often, he chooses to wait inside the flat and poured a drink while they waited for almost 45 minutes. Long wait made Mr. Puri frustrated, so he took the bottle and started drinking in the car. After finishing the bottle, we left, added Kidwai’s statement.

The whole frustration and disappointment was only because of Ishan. Mr. Puri was so concerned about the medical condition of his child and wants to settle in the US with him for better treatment. He also consulted with many specialised doctors about the condition and was also looking for the property to purchase in abroad.

Per the statement based on the investigation by Police, “When Police arrived at Om Puri’s residence on Friday, he was lying on the floor with an injury on the head”. Doctors confirmed about the major Heart Attack is the main cause of the death and Head injury also played a vital role because of the blood loss. After the investigation, Police is ruling out any possibility of crime activity, said a senior officer of Mumbai Police.

Om Puri was honoured by Padma Shri and played unforgettable roles in more than 100 movies across the globe.