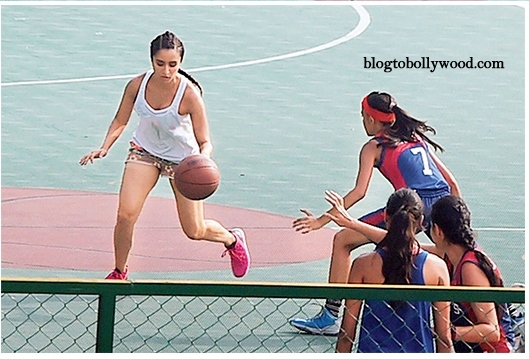 Half Girlfriend 3rd day collection: Arjun Kapoor and Shraddha Kapoor film had a good opening weekend with the collection of 32 crores.

After a good opening day with the collection of 10.27 crores, Arjun Kapoor and Shraddha Kapoor starrer Half Girlfriend remained stable on Saturday and Sunday. Despite poor reviews, the movie managed to remain steady and ended the first weekend on a positive note. As per reports coming, Half Girlfriend 3rd day collection is around 11 crores. The movie witnessed a limited growth over the first weekend. This kind of growth wasn’t expected as the movie has received poor reviews from critics and general WOM of the public was also mixed. For Arjun Kapoor, the opening is much better than his previous releases Ki and Ka and Tevar. Half Girlfriend is Arun Kapor’s 3rd highest opening day grossers after Gunday – 16.12 crores and 2 States – 12.42 crores.

Shraddha Kapoor finally manages to take a good opening. Her last two movies, Rock On 2 and Ok Jaanu had a disastrous opening at the box office.

Half Girlfriend 3rd day collection and way ahead

With the collection of 11.14 crores on Sunday, the total collection of the movie after the first weekend stands at 32.04 crores. Half Girlfriend is the sixth highest opening weekend grosser of 2017 after Baahubali 2 Raees, Badrinath Ki Dulhania Kaabil and Jolly LLB 2. The real test for the film will start today when the WOM and reviews will come into play. The total budget of Half Girlfriend is 48 crores. In order to make it to the list of hit films, the movie needs to collect a total of at least 50 crores. According to the makers, they have already recovered an amount of 30 crores through music, satellite, overseas and digital rights. All India theatrical rights of the movie have been sold for 33 crores. Wit the current pace, Half Girlfriend should be a profitable film for the producers.

What are your views on Half Girlfriend box first weekend collection? Share your thoughts with us in the comments section.