Gravity Falls Season 3: There has been a lot of rumours about the renewal of Gravity Falls. Some reports suggest that Disney has confirmed season 3, here is what we officially know.

Gravity Falls is an American animated mystery comedy television series created by Alex Hirsch for Disney Channel and Disney XD. It premiered on June 15, 2012, and concluded its second season on February 15, 2016. The series has millions of fans across the globe, waiting for its third season. For millions of people, Gravity Falls was one of the most memorable TV series in their childhood.

Now, five years down the line, several rumours about Gravity Falls season 3 are making rounds. However, these rumours are nowhere close to reality. Here is what we know about the official status of the series.

Will there be Gravity Falls Season 3?

At the time of writing this, Gravity Falls hasn’t been renewed for a third season. In fact, the series is unlikely to return. Back in Nov 2015, show creator Alex Hirsch announced that the series would finish with its second season. He confirmed that “the show isn’t being cancelled- it’s being finished” as it reached its natural conclusion.

The first thing to know is that the show isn’t being canceled- it’s being finished. This is 100% my choice, and it’s something I decided on a very long time ago. I always designed Gravity Falls to be a finite series about one epic summer- a series with a beginning, middle, and end.

Hirsch’s logic behind the decision to end Gravity Falls is that the show tells the story of one epic summer adventure, and once the summer ends, so does the story. He wanted the show to have a fitting ending and not keep going until it lost its glitter.

The plans for a possible film dropped after Disney decided the show wasn’t popular enough. But Alex Hirsch hasn’t given up hope on Dipper and Mabel adventurous story.

In 2017, Hirsch stated that he remains open to continuing the series with additional episodes or specials. Since then, there is no official information that suggests that we will get Gravity Falls season 3.

“My dream, if I had a magic wand, would be to make a really kick-ass Gravity Falls video game that is really, really in-depth to the lore of the series and includes new canon that has been in the periphery of the series,” Hirsch tells Inverse.

As mentioned above, Gravity Falls hasn’t been renewed for its third season by Disney yet, so there is no official release date. Almost five years have passed since the second season concluded, it is unlikely that the series would be renewed. It seems that Disney would continue to produce shots as it has been doing for the past few years.

The series follows the adventures of Dipper Pines and his twin sister Mabel Pines. Both went to spend the summer with their great-uncle (or “Grunkle”) Stan in Gravity Falls, Oregon, a mysterious town full of paranormal forces and supernatural creatures. The kids help Stan run “The Mystery Shack”, the tourist trap which he owns, while also investigating the local mysteries.

Gravity Falls remained one of the most popular cartoon series across the globe. While the show was aimed at kids, Gravity Falls also delighted older teens and young adults. Millions of fans in their teenage grew around solving the mysteries around the show.

Here’s a look at the lead characters of this fantastic adventure comic series:

What are the streaming options available for Gravity Falls?

You can watch Gravity Falls on Disney+ or Hulu Plus. You can also buy or rent the episodes on Google Play or iTunes.

We will update this page as soon as we get an official piece on Gravity Falls season 3. We suggest you don’t believe in rumours. 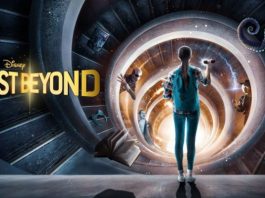 Just Beyond Release Date & Time, Episode Count and Other Details 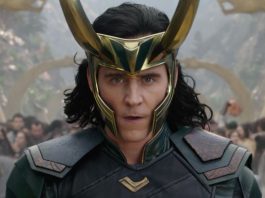 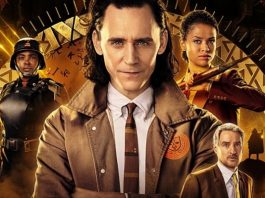 Loki Episode 5: Release Date and Time, Runtime on Disney Plus