Grand Masti had clearly set expectations for a sex-comic movie from its’ trailers. But what I feel  director,  Indra Kumar, forgot was apart from sex-comedy he also needs to buy a good plot and script for his movie. As a result Grand Masti spreads out like pieces of vulgar jokes instead of what could have been a much better fun-filled adult comedy.

Though Grand Masti is a sequel of hit movie Masti. I was unable to find a connection between the two movies in terms of quality. Amar( Ritesh Deshmukh), Meet( Vivek Oberoi) and Prem( Aftab Shivdasani), the three protagonist, or better to brand them as sex driven protagonist, go on an escape route to ‘grand masti’ from their every day routine life. The ladies to our trio protagonist, Mamta( Sonali Kulkarni), Tulsi( Manjari Fadnis) and Unatti( Karishma Tanna), were too busy, in every day routine, to spend quality time ( read sex-time) with them. Bored as expected, the trio looks forward to a solace in college reunion. However, the things go terribly wrong when they meet Rose(  Maryam Zakaria), Mary( Bruna Abdullah) and Marlo( Kainaat Arora).

In the end, I would suggest, if you are a part of college going crowd and have no definition difference for jokes & indecency Grand Masti won’t disappoint you. For rest of us Grand Masti is a serious no consideration for watching.

Whatever Grand Masti earns is for actors’ hard work and nothing else. Blog to bollywood rates Grand Masti as 1.5 on a scale of 5. 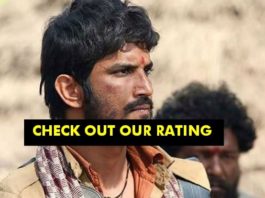 Sonchiriya review : In just 2 months, we’ve already got the... 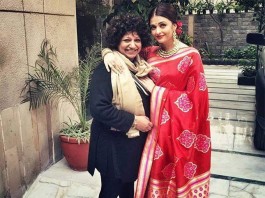 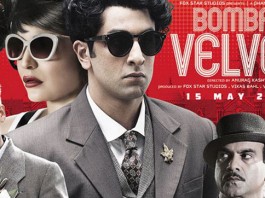