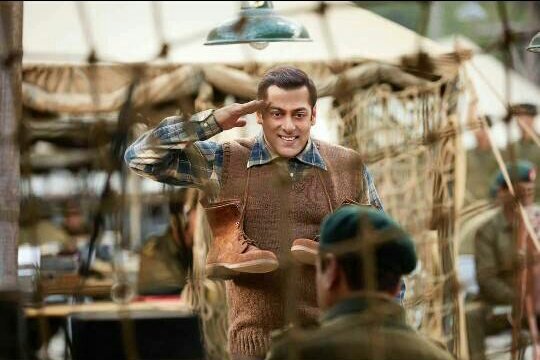 Salman Khan’s Tubelight is one of the most awaited of this year. The movie is slated for release on 23 Jun 2017 and we can’t contain our excitement. Well, the first review of the Tubelight is out and as expected it is a beautiful movie. Yes, director Kabir Khan recently hosted a special screening for the Salim Khan and his review is making us all excited for the movie.

According to a report in DNA After Hrs, Kabir Khan has always shown his films and took inputs from Salim Khan. As Kabir revealed to the daily, “I showed him the first cut. He came out of the editing room and without saying a word, gave me a big, tight hug. Need I say more?”

Salim Khan confirmed watching the movie and said, “It a beautiful film. Kabir has made it well.”

Kabir is grateful to Salim Khan for providing him with the inputs during the film’s scripting and after its completion. “I always make it a point to narrate the script to him before I start filming. How many people have the privilege of getting a living legend to doctor their script? He has always come up with invaluable inputs for me. For Tubelight, too, he gave me a few pointers that made the screenplay better,” reveals Kabir.

In fact, the tagline in the posters ‘Kya Tumhe Yakeen Hai’ is written by Salim Khan. But he doesn’t like to take credit for it completely. “We were all discussing it and it is always a team effort.”

Produced by Salman Khan films, Tubelight also features Sohail Khan and Chinese actress Zhu Zhu. The movie will hit the theatres on 23 Jun 2017. The first teaser of the film will be released this week.