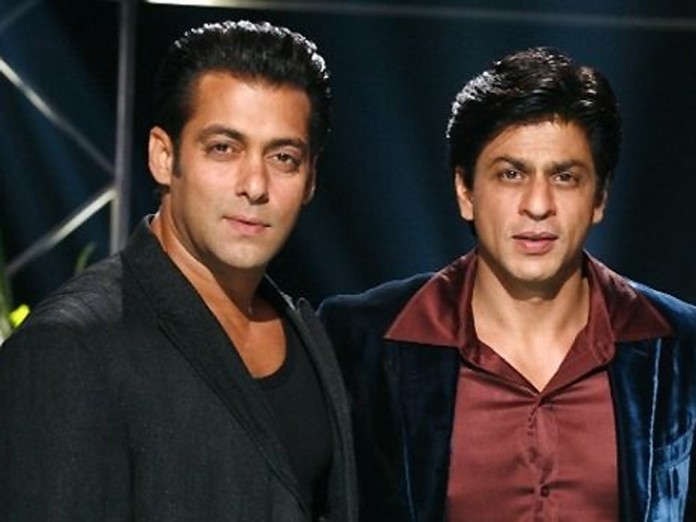 We all know that Shahrukh Khan will promote his upcoming movie Dilwale on Big Boss 9. This is going to be a big episode as SRK is entering the Bigg Boss house for the first time in six years. As Salman Khan and Shahrukh Khan’s reunion always creates huge hype and buzz, Colors has decided to promote this episode on a much larger level by making a special promo.

Shahrukh Khan and Salman Khan shot this special promo at a studio recently. While SRK was seen sporting a simple white T-Shirt and denim jeans, Salman was in his usual bulky Sultan look.

As per the reports coming up, this special episode of Bigg Boss will be telecasted on 19 Dec 2015 i.e. on the next day of Dilwale release.

Let’s have a look at some exclusive shots where the two biggest superstars of Bollywood reunite for Bigg Boss 9. So, are you excited to see this big reunion on small screen? Share your views with us in the comments section.