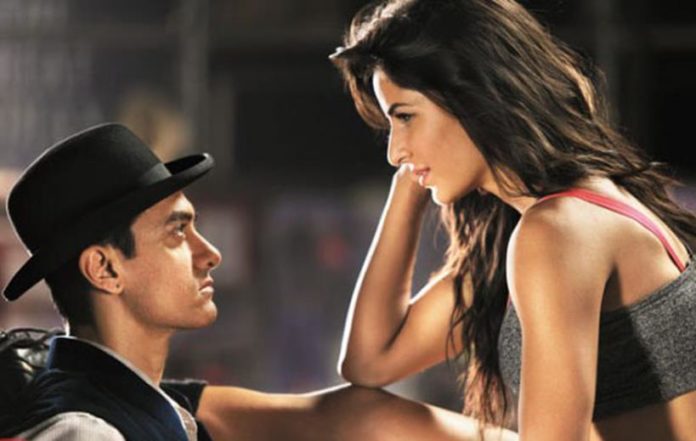 Yash Raj Films next big project Thugs of Hindostan has been in news for a long time now. The film stars two of the biggest Bollywood superstars – Aamir Khan and Amitabh Bachchan. They are sharing the screens for the first time. A few days back, we informed you that It was Dangal actress Fatima Sana Shaikh who played Aamir Khan’s daughter, has also been finalized for a pivotal role in the film. (Read: Fatima Sana Shaikh finalized for Thugs of Hindostan)

Thugs of Hindostan is a two actress project. While the lead actress has been finalized, the hunt for the supporting actress is still on. Reports in the B-town are abuzz that Katrina Kaif has been roped in to play second lead in the film. Aamir and Katrina were the part of Yash Raj Films movie Dhoom 3. Aditya Chopra loved their chemistry in the film and finalized Katrina for the film. In other reports, it was Salman Khan who recommended Katrina’s name to Aditya Chopra.

Whatever be the case, the truth is that out of form Katrina has three big movies in her kitty now. She will be next seen in Jagga Jasoos slated for release in July 2017. Then there is Tiger Zinda Hai opposite Salman Khan slated for release on 22 Dec 2017.

Thugs of Hindostan is a big movie to be made on an estimated budget of 175 crores. Directed by Vijay Krishna Acharya (Dhoom 3 fame), the movie is slated for release in Diwali 2018.