Anees Bazmee’s next movie Mubarakan is going to be really special as Anil Kapoor will play a Sardar in the movie.

Anil Kapoor, who is a Punjabi himself, has portrayed the role of a Sardar in No Problem movie in the past and also for a song in Biwi No. 1. Now, for his next venture ‘Mubarakan‘, Anil Kapoor will play a Sardar.

Talking about Mubarakan and confirming this report, Anil Kapoor says-

“It would be an honor to play a Sardarji. I have a fabulous role in ‘Mubarakan’. I go into this film right after I complete the shooting of my television serial 24. ‘Mubarakan’ would be the ideal stress-buster after the intense action and drama in ‘24’.”

He is rather excited about working with Anees Bazmee and his nephew Arjun Kapoor. Talking about Anees, he says “He has made some of the biggest hits in the comedy genre without resorting to vulgar double meanings. Mubarakan is also completely free of any crudity, and that’s what I love about it. It has one of the most brilliant scripts I’ve come across in the comic genre. This is a rare occasion when Anees is not directing his own script. I also get to work with my nephew Arjun Kapoor. We play chacha-bhatija in the film.”

Well we are also as excited as Anil to see him with Arjun for the first time! 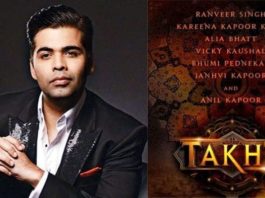