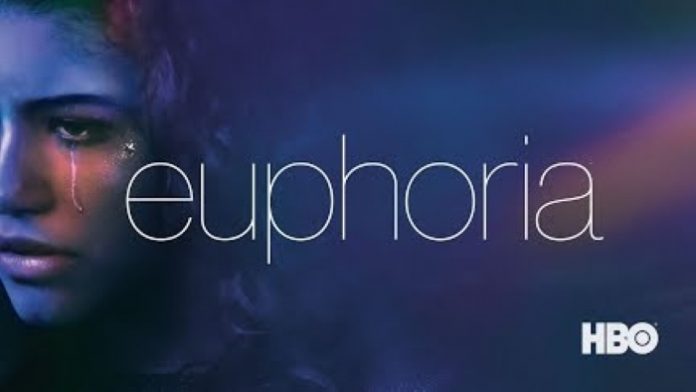 Euphoria Season 2: Here’s everything you need to know about the second season of HBO’s super hit teen drama Euphoria.

Euphoria is a hit American teen drama that aired on HBO in June 2019. After the globally popular, epic ‘Game of Thrones’, HBO created another masterpiece in Euphoria. The show becomes immensely popular amongst teens and youth. Its popularity can be judged by the fact that 5.5 million viewers watched its premiere. The most important fact about this show is it’s not like any other cheesy teen drama. Euphoria talks about some serious issues related to teens and youngsters.

The is based on a true story and what it’s like to be a drug addict at such a young age which comes with tons of struggles. The creator of the show, Sam Levinson also shared his experience of being a drug addict at a young age with the audience at the premiere of Euphoria. Therefore, Euphoria is very close and personal to Sam Levinson. In July 2019, the series was renewed for a second season. Here is everything you need to know about Euphoria season 2.

Has the production started yet?

On 11th March 2020, Euphoria HBO’s official Twitter account posted a picture of Rui (Zendaya) and Fezco (Angus Cloud) reading their scripts with the caption ‘Here we go!!!!’. Through that picture, it was confirmed that production has started.

But soon after on Mar 16, 2020, the same account tweeted that they are pausing the production due to the COVID-19 pandemic. It’s been quite a while since the cast and crew reunite on set. In September 2020, HBO president Casey Bloys told Deadline that they are planning to film Euphoria in early 2021.

Season 1 premiered on HBO on June 16, 2019. The first season landed in the UK on August 6 on Sky Atlantic and NowTV. In July 2019, the series was renewed for a second season. Soon after, the rumors surfaced that the second season will air in 2020. The filming started in March 2020 and soon put on halt due to a pandemic. The filming will resume in early 2021.

There’s been no word from HBO on when we can expect Euphoria season 2 episodes in late 2021 or early 2022. Fans can breathe easy as the scripts have been locked and the team just needs to shoot before the show goes through post-production.

HBO is pretty much aware of the fans’ love for the show. That’s why it is releasing two standalone episodes to help bridge the gap between seasons. The specials episodes were announced back in October 2020. The first one “Part One: Rue” arrived on HBO Max Dec 3 followed by December 6 on HBO.

I hope y’all like it, missed Rue Rue a lot. https://t.co/SEEhQl6q1Y

Is Euphoria Season 2 Trailer Out?

No update on the second season trailer yet. Meanwhile, you can watch the season 1 trailer right here:

The show is all about depicting the confused lives of high school teenagers struggling to keep up their lives involving drugs, sex, and more scandals. Fans are already making up interesting theories. But the official plot hasn’t been revealed yet.

In January 2020, Zendaya spoke about Euphoria season two during an interview at the Critics’ Choice Award: “I literally can’t wait. I just want to get back to it so bad. I miss it.”

“You won’t even be able to guess what’s coming… I couldn’t even guess it,” Sweeney said. She also said, “literally everything” about season two is “darker” as the characters will be “getting into more intense situations.”

The star cast of the first season is most probably coming back. Here are some of the characters expected to return for season 2:

What interesting about Euphoria is that it is produced by Drake, a globally popular Hip-Hip artist. Most of the people were pumped up to see Drake’s work as a producer and it turns out amazingly well.

If you still haven’t watched this exciting and informative TV show then you need to watch it right now. We recommend this show not only to teenagers but to adults as well to get a better understanding of youth’s mental problems and how they deal with it.

Where to stream Euphoria Season 1?

In the US, you can watch Euphoria with HBO’s streaming services HBO Now or HBO GO. A subscription to HBO Now will cost you $14.99 a month (first month free).

In the United Kingdom, HBO has an ongoing deal with Sky to distribute HBO content through Sky Atlantic. If you’re a SKY customer, you can use your Sky I.D. to log into Sky Go and stream Euphoria. Non-Sky customers need a subscription to Now TV.34

In Canada, the streaming service Crave has replaced HBO Now. All of Euphoria is available to stream on Crave. Indian viewers can stream Euphoria on Disney+Hotstar.

HBO Max July 2020 Releases: Movies and Series that Will Engage You this Month!