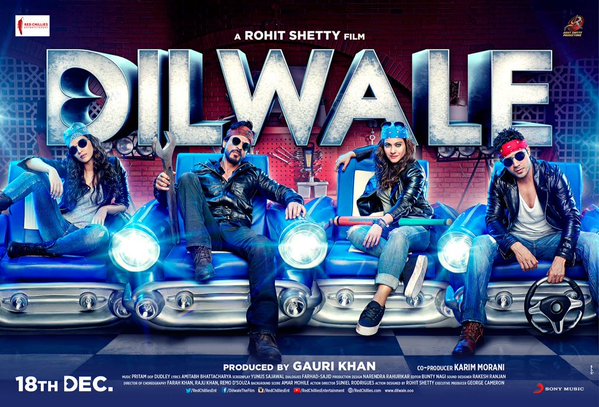 The Official theatrical trailer of Shah Rukh Khan’s Dilwale which was released yesterday in a grand event has crossed 3.5 Million views on YouTube in just 24 hours. Dilwale sets the new record of being the most-watched trailer of Bollywood. Dilwale got 3.6 million views on YouTube within 24 hours. The likes and dislikes ratio is also good with 62034 likes and 8001 dislikes.

Dilwale trailer is the top most trending video on YouTube and Facebook since yesterday. Dilwale is the most awaited Bollywood movie of 2015 and the fans are eagerly waiting for its release. Ever since the trailer was released, SRK ad Varun Dhawan fans are going gaga over it. The trailer has really taken social media by storm.

This unparallel craze is a proof that Dilwale will set the Box Office on fire.