Demon Slayer anime is back on screens for its second season and the fans just can’t keep calm. The first episode of the second season premiered on Oct 10, 2021, and fans have already a lot of questions in their mind that need to be answered. Millions of fans are wondering when the second episode will release. Most of them are eager to know, how many episodes are in Demon Slayer season 2. Others are asking for Demon Slayer Season 2 release schedule to mark their calendars. Well, we have quick information on this. Let’s go ahead.

Fuji TV confirmed that the second season of the anime airs from Fall 2021 to Winter 2022. The second season premiered on Oct 10, 2021, with Mugen Train Arc that will run through a month and end on Nov 28, 2021. The first episode in Demon Slayer season 2 was an original episode about Rengoku’s journey to the Mugen Train. The next six episodes were adaptations of the Mugen Train feature movie, as confirmed by Anime News Network on Sep 25, 2021. The Entertainment District Arc started on Dec 5, 2021, which was technically the 8th episode of the second season.

Demon Slayer Season 2: Infinity Train Arc that started airing on Oct 10, 2021, has 7 episodes. The first episode featured unseen events. The next six episodes are a readaptation of the Mugen Train movie that was released last year.

As per Funimation, a “7-episode miniseries complete with new visuals and background music” recapping the Demon Slayer movie will air in Japan from Oct 10, 2021. This recap will cover the Infinity train arc.

A new episode will release on every Sunday. Demon Slayer Season 2: Infinity Train Arc will come to an end on Nov 21, 2021. The show will take a one-week and returns on Dec 5, with the Entertainment District arc.

As mentioned above, Entertainment District Arc will kick off on Dec 5, 2021. Though the studio hasn’t revealed the number of episodes in the second season, several reports claim that it has 19 episodes. According to the popular scheduling website Next-Episode, Season 2 consist of 19 episodes including the Infinity Train Arc. It means the Entertainment District Arc consists of 12 episodes. As per IQIYI, season 2 has 18 episodes.

Well, this makes sense as Fuji TV confirmed that the second season of the anime airs from Fall 2021 to Winter 2022. With this schedule, the second season will end on Feb 13 or Feb 20 depending on the number of episodes.

Demon Slayer Season 2: Entertainment District Arc premiered on Hulu on Sunday, Dec 5, 2021. You can watch the previous seven episodes (readaptation of Mugen Train movie) as well as the premiere episode on the service. 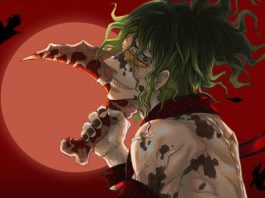 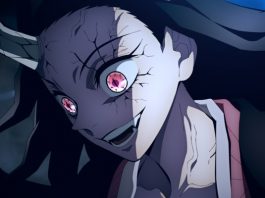 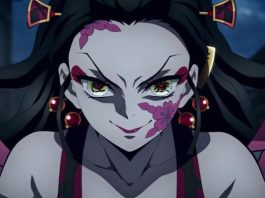