Demon Slayer Season 2 Episode 7: The Mugen Train arc is coming to an end with the 7th episode of the second season. Here’s everything you need to know.

Demon Slayer: Kimetsu no Yaiba Mugen Train arc is coming to its end, with the seventh episode scheduled to release on Sunday. It will be the seventh episode of the second season that premiered on Oct 17, 2021. After the conclusion of the Mugen Train arc, the Entertainment District arc will premiere on Dec 5, 2021. Before we discuss Demon Slayer Season 2 Episode 7, here’s a look at the recap.

Spoilers Alert! Read at your own risk.

In the sixth episode titled Akaza, fans finally saw the end of Emmu. Tanjiro and Inosuke find Enmu’s neckbone in the engine room and Tanjiro cuts it, killing Enmu and stopping the train. Fortunately, all the passengers are saved. Tanjiro is injured and unable to move. Rengoku comes to Tanjiro and tells him to control his breathing to reduce the bleeding of his wound.

Suddenly, Akaza, the upper-level demon arrives. As he tries to attack Tanjiro, Rengoku intrudes. The two started fighting against each other. Akaza continues to offer Rengoku the chance to become a demon, recognising his strength and power. Rengoku refuses, knowing that the two of them have conflicting beliefs. The two continues to fight as Rengoku is injured badly.

The upcoming episode titled ‘Set Your Heart Ablaze’ will conclude the fight between Rengoku and Akaza. The next episode will be an emotional one as Rengoku remembers his past when his mother was on the brink of death.

Akaza will be forced to escape when the sun begins rising. Tanjiro will declare Rengoku the winner of the fight. We don’t want to give you more spoilers as it will break your heart.

Demon Slayer: Kimetsu no Yaiba Season 2 Episode 7 will release on Sunday, Nov 28, 2021. It will be the final episode of the Mugen Train arc.

Fans outside Japan can enjoy the new episodes on Crunchyroll and Funimation. The next episode will be available on Crunchyroll on Nov 28, 2021, at 8:45 AM PDT.

Since Crunchyroll and Funimation are simulcasting the second season, new episodes will be available worldwide at the same time. Here is when the last episode of the Mugen Train arc releases in various time zones:

Where to watch Demon Slayer Season 2?

Fans from certain Asian countries can stream the dark fantasy anime on  Bilibili, WeTV,  iQIYI, and Viu. In Scandinavian countries (Norway, Sweden and Denmark), the show is available to stream on Wakanim.

How many episodes are there in Demon Slayer Season 2?

There is no official information about the episode count of the second season. However, according to some reports, Season 2 has 18 episodes including the seven episodes of the Mugen Train arc. So, the Entertainment District arc comprises only 11 episodes. A total of 18 episodes is a variation from season one which had 26 episodes. 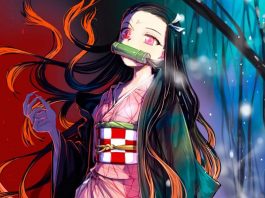 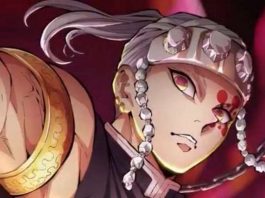 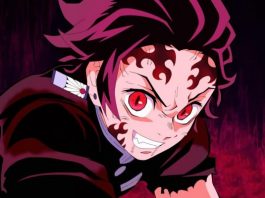