Speaking about representing India at the MTV EMA 2016, Deepika says “I was pleasantly surprised when I got the invite. It is very gracious of them to invite me. I have grown up watching the MTV awards and I didn’t think that one day, I would be walking down the red carpet and presenting an award at this global music event. It’s a step forward in my global career.”

“This is my first time at such an event so I don’t know what to expect. I am going there just to have fun. I understand the platform and what it is all about; it is a music award and I love music. I listen to a lot of music of the people, who are playing there, so right now, everything seems surreal in that sense” she added. 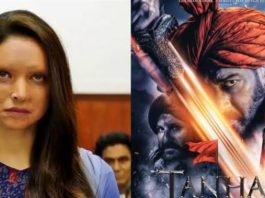