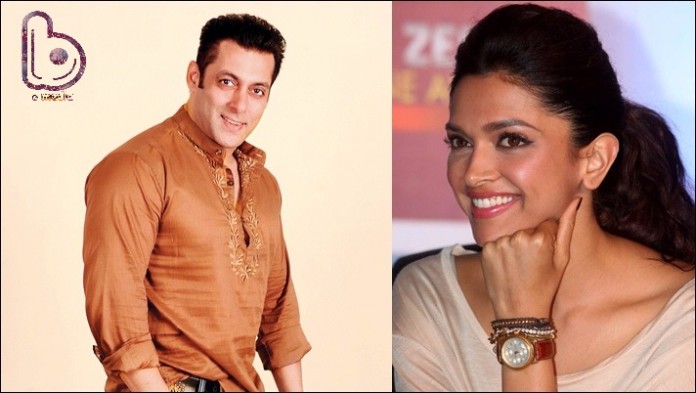 Salman Khan is turning 50 on 27th December and all of Bollywood is coming up with ideas about what to get him.

One can say that Salman Khan has everything that he needs and maybe even more. But there’s one thing that been missing from his life and Deepika Padukone was clever enough to note it down.

During a recent interaction with the media, Deepika was asked what would she like to gift Salman Khan for his 50th birthday and she was prompt to say, “I would like to gift him a bride.”

Ever since Salman Khan was acquitted from all charges in the hit and run case, people have been making speculations about him getting married soon. These speculations have escalated the news of Salman Khan tying the knot with his current love interest Lulia Vantur very soon by 2016. Well, let’s see if this new year will bring some good news regarding Salman’s marriage.

Deepika was also asked whether she will be working with Salman in Sultan, as there were some reports stating the same. She replied very diplomatically, “I don’t like talking about films I am approached for unless I have given it a thought of doing. So no, I am not a part of Sultan at all.”