After the success of Judwaa 2, rumours were rife that David Dhawan and Varun Dhawan will work of Biwi No. 1 remake.

After the success of Judwaa 2, rumours were rife that David Dhawan and Varun Dhawan will work of Biwi No. 1 remake. Some reports even stated that the father-son duo have started preparation for the remake of Salman Khan’s film.

Clearing the air, David Dhawan in an interview with leading daily Deccan Chronicle said, “Good that people are speculating about what we will do next,” he continued. “We haven’t thought about remaking Biwi No. 1 as of yet. Right now, we’re in the holiday mood.

Let the New Year begin and then we’ll think of what to do next. I know it is a convenient formula to do remakes and sequels. But we may surprise everyone by doing an entirely original film this time.”

So, this is clear that David has no plans of doing Biwi No. 1 remake.

David is quite happy with the way, his sons Varun and Rohit have established themselves in the film industry. David Dhawan said, “I have directed 45 films in the last 41 years. And before we forget, I was a film editor before a director. I have left nothing to prove. Some critics say I haven’t changed my formula for 40 years. But the question is why should I, when it’s working fine. I am proud of what I’ve achieved in the industry, and in life. But I am even prouder of what my sons Rohit and Varun have achieved in just 4-5 years.”

Varun Dhawan and Rohit Dhawan have established themselves quite well in the industry. Varun made his Bollywood debut in 2012. In just 5 years, he has become the most sought young Bollywood actor. He will be next seen in Shoojit Sircar’s October. The movie will hit the theaters on 1 June 2018.

Rohit Shetty has directed two films, Desi Boyz and Dishoom. Both of them were decent hits at the box office. As per the reports coming, the young director is planning a superhero movie with Hrithik Roshan.

Do you want to watch Varun Dhawan in Biwi No. 1 remake? Share your views with us in the comments section. 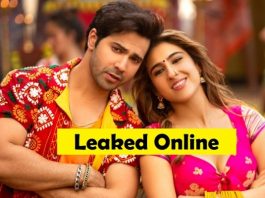 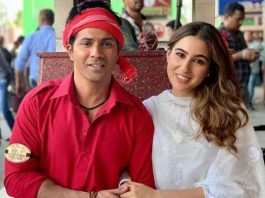