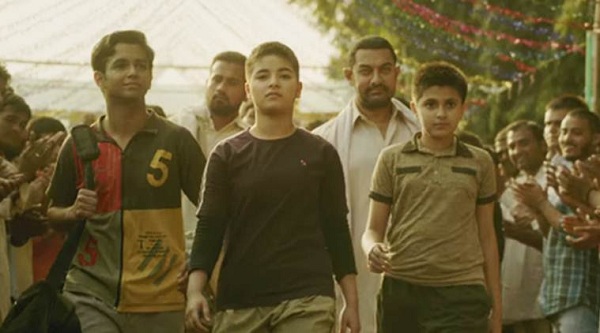 Dangal 3rd Day Box Office Collection in China: Aamir Khan’s Dangal continues to rule the box office in China. After two massive days with the collection of 13.39 crores and 31.65 crores, the movie witnessed good growth on Sunday. As per the reports coming, it earned mammoth $4.92 million (31.65 crores) on Sunday.

It has set the record for highest single-day collection by an Indian movie in the overseas market. Yesterday Dangal broke Bahubali 2 single day collection record in the USA. While none of the films has crossed $4 million earlier, Dangal has done it twice and that too on consecutive days.

The opening weekend collection of 72.68 crores from a single country is an unbelievable feat for an Indian movie. This shows that Aamir Khan has a huge fan following in China. Dangal has garnered incredible reports in China. The WOM of the audience who have watched the movie is extremely positive. The movie has received superb reviews on Chinese newspapers and websites. Aamir Khan fans would be hoping the movie to cross 250 crores in China. If the movie manages to earn 258 crores then it will become the first Bollywood movie to gross 1000 crores worldwide. Bahubali 2 is the only Indian movie which ahs grossed 1000 crores worldwide. Dangal certainly has a chance as it is off to a superb start. The movie has been released on huge screen count and with good WOM it can run in theatres for 5 to 6 weeks.