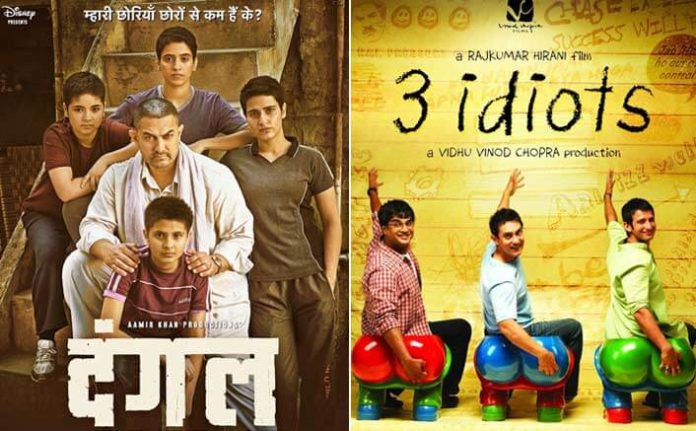 Aamir Khan’s Dangal has been ruling the worldwide box office ever since its release in India last year. After India and China, it has now become the highest grossing Bollywood film in Hong Kong as well. Aamir Khan has beaten his own movie 3 Idiots to achieve this feat. Dangal stands at the total of 24.56 million HK dollars (20.42 crores) at the Hong Kong box office.

As confirmed by the film’s spokesperson, Dangal has crossed the lifetime collection of Aamir’s 2009 film 3 Idiots, which minted 23.41 million Hong Kong dollars in the country. It is now the highest grossing Indian film in the country.

“The film released in 46 screens in Hong Kong and Macau which is four times more than the regular screen count for a Hindi mainstream release,” said Amrita Pandey, Vice President – Studios, Disney India.

“The local audience’s overwhelming response reaffirms that an inspiring story backed by the right team, distribution planning, superior storytelling with such strong performances — can win hearts and transcend boundaries, and ‘Dangal‘ exemplifies that,” Pandey added.