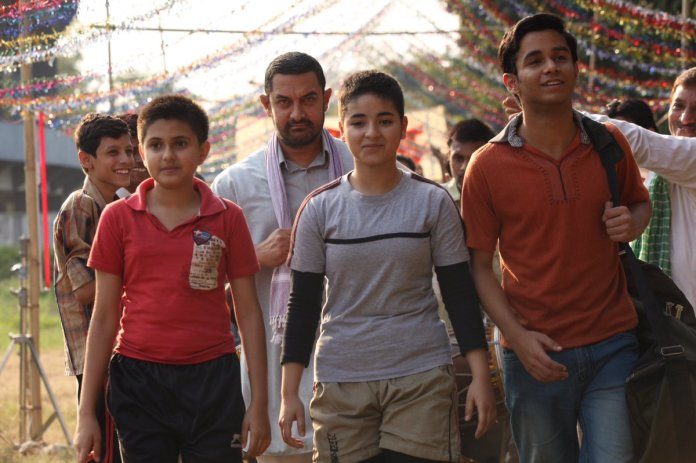 Dangal 2nd Day Box Office Collection in China: Indian movies are making it big in overseas market is a matter of proud for all of us. First, it was Bahubali 2 which shattered all box office records and has so far earned around 185 crores in the overseas market. After Bahubali 2, Aamir Khan’s Dangal is making it big in China. Released yesterday, the movie is performing exceptionally well at Chinese box office. After a record-breaking opening day with the collection of 13.19 crores, the movies has shown massive growth on Saturday.

As per the official numbers shared by Taran Adarsh, Dangal 2nd day box office collection in China is $4.17 million (26.81 crores). The movie has witnessed 100% growth on Saturday which is considered an exceptional trend. Aamir Khan enjoys a huge fan following in China and it seems that the actor has once again managed to spell some magic on Chinese audience.

Dangal has garnered incredible reports in China. The WOM of the audience who have watched the movie is extremely positive. The movie has received superb reviews on Chinese newspapers and websites.

After two days, the total collection of the movie stands at 40.20 crores. It has become the second highest Bollywood grosser in China and that too in just two days. Aamir Khan’s PK holds the record of being the highest grossing Indian movie in China. It is the only Indian movie which has grossed 100 crores in China. Considering the current pace it seems that Dangal will comfortably beat PK. Trade experts have huge expectations from the film. They are expecting it to cross 150 crores in China.

Aamir Khan fans would be hoping the movie to cross 250 crores in China. If the movie manages to earn 258 crores then it will become the first Bollywood movie to gross 1000 crores worldwide. Dangal certainly has a chance as it is off to a superb start. The movie has been released on huge screen count and with good WOM it can run in theatres for 5 to 6 weeks.