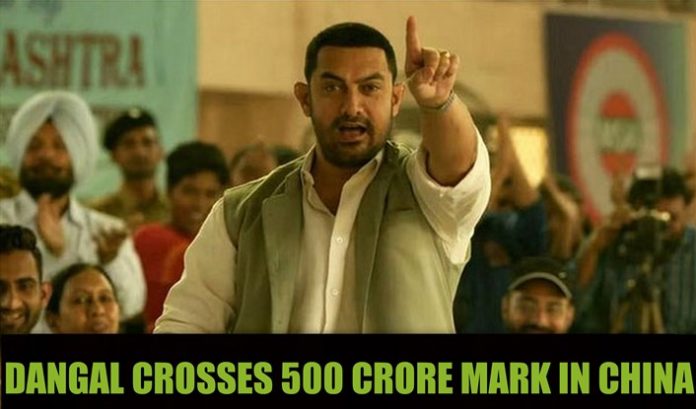 Dangal 14th Day Collection In China: Aamir Khan’s Dangal is on a record-breaking streak in China, all set to cross 500 crores mark.

Dangal has emerged as a huge blockbuster in China. The movie has set new benchmarks at the Chinese box office. In just two weeks, the movie has collected $76.46 million (496 crores) in China. With the current pace, it is expected to cross $100 million in the coming days.

The table above clearly shows that Aamir Khan is the king of Bollywood in the overseas market. He is way ahead of Shah Rukh Khan and Salman Khan when it comes to box office earning in overseas markets.