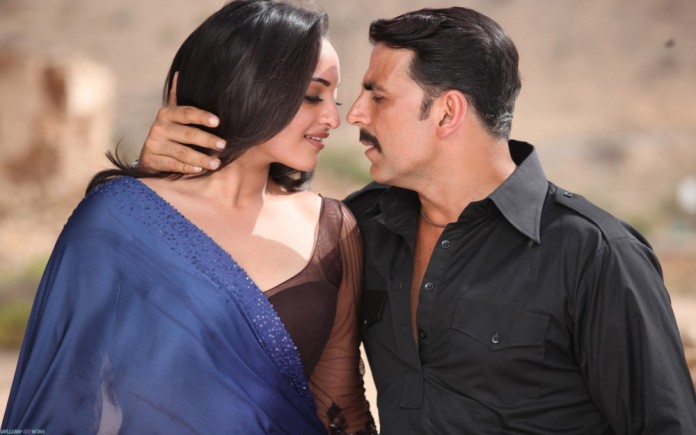 Sonakshi Sinha is on a roll. The actress who is currently busy with AR Murugadoss Akira and Abhinay Deo’s Force 2 will romance Akshay Kumar again in Namaste England. Namaste England will be Akshay and Sonakshi’s fifth movie together. They have already worked with each other in Rowdy Rathode, Joker, OUATIM 2 and Holiday. As per the reports coming up, the movie will go on floor early next year.

Namastey England will be directed by Vipul Amrutlal Shah. This will be the fifth collaboration between Vipul & Akshay as actor-director. The two have previously worked with each other in ‘Aankhen‘, ‘Waqt: The Race Against Time‘, ‘Namastey London‘ & ‘Action Replay‘.

Akshay Kumar is currently enjoying the success of his latest release ‘Singh is Bling‘ which is performing well at the Box Office. On the other hand, Sonakshi Sinha is in Budapest shooting for ‘Force 2‘ opposite John Abraham.