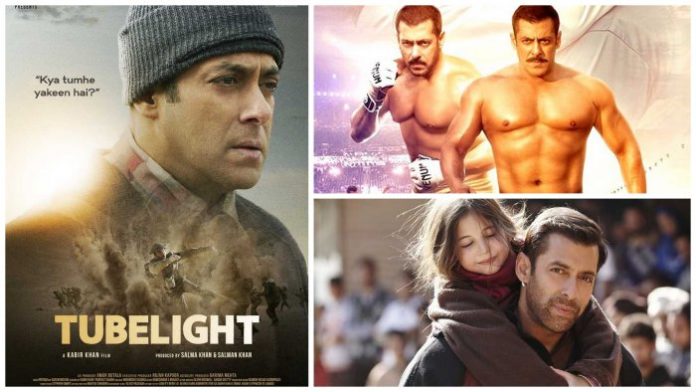 The most awaited Bollywood movie of the year, Salman Khan’s Tubelight has finally hit the theatres today. Released on 4350 screens across the country, the movie has got off to an average opening. While everyone was expecting Tubelight to take a big opening like Salman Khan’s last two Eid releases, Sultan and Bajrangi Bhaijaan, it opened on a poor note.  The movie earned 21.15 crores on the first day and failed to witness good growth over the weekend.

Comparing Tubelight opening with Salman’s last two Eid releases, Sultan and Bajrangi Bhaijaan, it is clear that Tubelight has disappointed us. While Salman’s last year Eid release, Sultan has a recorded a terrific opening of 80%. It earned 36.4 crores on the first day. Like Tubelight, Sultan was also released on 4350 screens.

Sultan and Bajrangi Bhaijaan are the highest grossing movies of Salman with the collection of 301 and 320 crores respectively. Before the release of Tubelight, everyone was expecting another 300 crore film from Salman. But the movie failed big time and struggled to earn even 120 crores. Tubelight is Salman Khan’s first flop in the last eight years.