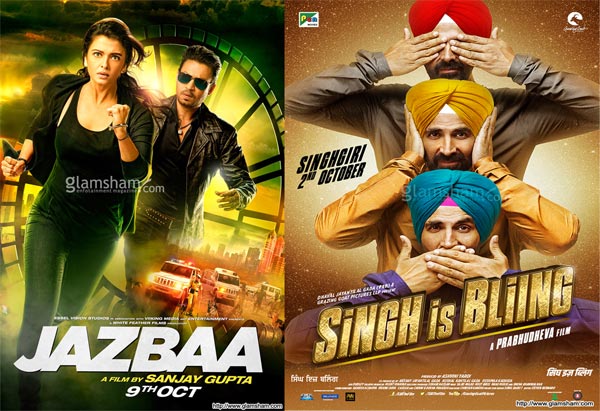 The release of Pyaar Ka Punchnama 2 this week has severely affected the performance of last week release Jazbaa. Aishwarya Rai’s Jazbaa after an average opening week with the collection of 21.58 crores struggled in its second weekend. The film collected 57 lacs on Friday, 71 lacs on Saturday and 89 lacs on Sunday. Jazbaa now stands with the total collection of 23.75 crores in 10 days.

Talking about Irrfan Khan’s Talvar, the movie continues to impress even in its third week. Talvar collected 50 lacs on Friday, 80 lacs on Saturday and 95 lacs on Sunday. Talvar now stands with the total collection of 28 crores in 17 days. Made on a low budget of 13 crores, the movie is already a big hit at the Box Office.

This will be the last week for all three movies as most of the screens will be taken by next week release Shaandaar which has created a huge buzz. Shaandaar is expected to set the Box Office on fire.