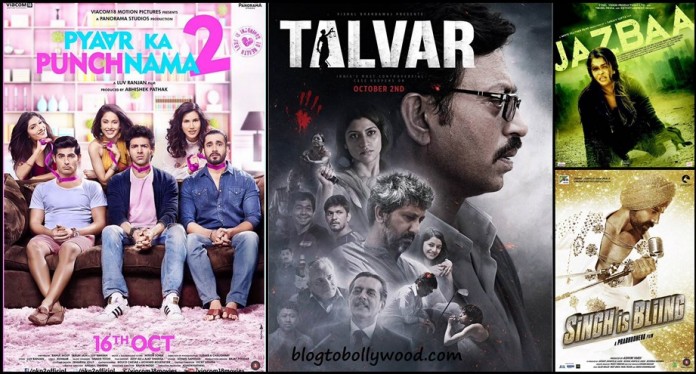 Despite the release of Shaandaar this week, last week release Pyaar Ka Puchnama 2 is going strong at the domestic Box office. All credit goes to negative WOM which Shaandaar is receiving from the audience. Shaandaar has been struggling at the Box Office from the first day itself. Shaandaar loss proved to be a big gain for PKP 2 as the movie remains the first choice for the viewers this weekend.

Aishwarya Rai comeback movie Jazbaa despite receiving good reviews from critics failed to make it big at the Box office. After an average two weeks run at the Box Office, the movie is out of most of the theaters and is expected to close its Box Office journey this week. With the total collection of 26 crores in 17 days, Jazbaa turns out to be an average comeback for Aishwarya Rai.

The biggest surprise of Oct 2015 is Irrfan Khan’s Talvar. Made on a small budget of around 15 crores the movie is already a superhit at the Box Office with the collection of 30+ crores. It is truly amazing that the movie is still running in some centers after 3 week of its release.

Akshay Kumar’s Singh Is Bling which was released with Talvar on 2 Oct 2015 is also out of the theaters. The movie is an average hit with the lifetime collection of 92 crores.