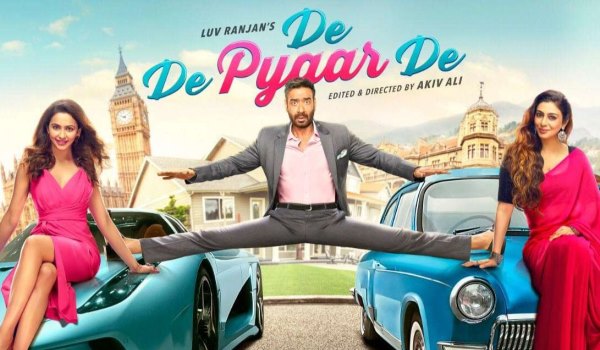 Ajay Devgn’s ‘De De Pyaar De’ was one of the most awaited movies of the year. The expectations from raised after the release of the rib-ticking trailer. Trade experts were expecting a big opening day of 13-15 crores but that didn’t happen. In fact, the movie finds it difficult to hit double digits on the first day.

De De Pyaar De got off to a poor opening in the morning shows with the occupancy of 20-25%. The movie failed because it didn’t get accepted by the mass audience and youth. However, it picked up momentum in the evening and night shows due to the family audience.

As per early estimates, De De Pyaar De 1st day box office collection would be around 9 crores. This is a real shocker for Ajay Devgn who has big expectations from the film. In fact, it is Ajay Devgn’s worst opening in the last 5 years, even less than films like Raid, Himmatwala and Baadshaho.

Talking about the films of 2019, De De Pyaar De is the sixth highest opening day grosser after Kalank, Kesari, Gully Boy, Total Dhamaal and Student of the Year 2.

With good reviews and positive WOM backing the film, we can expect big growth in the collection on Saturday and Sunday. Moreover, De De Pyaar De is a multiplex family film. It is bound to witness good growth over the weekend.

What are your views on De De Pyaar De 1st day box office collection? Share your thoughts with us in the comments section.