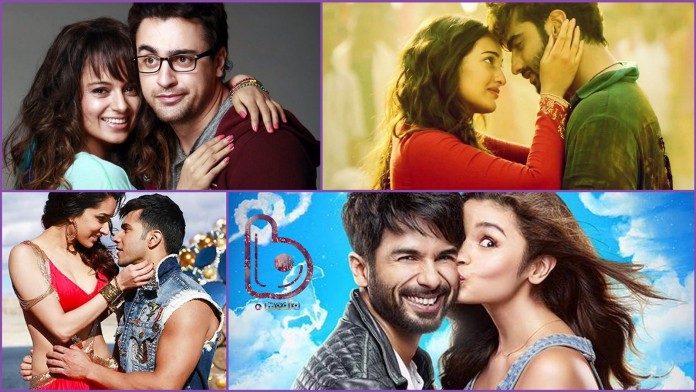 2015 saw a lot of fresh pairing which were never seen together before but when they did, they created magic! Take a look at the New Jodis of 2015, vote and help us decide the best new onscreen Jodi of 2015.

Though the film fared out to be a flop at box office, Arjun Kapoor and Sonakshi Sinha did complement each other quite well!

The Chocolaty Jodi of 2015, Imran Khan and Kangana Ranaut did a pleasant job in Katti Batti and they looked every bit in place.

The romance between Irrfan Khan and Deepika Padukone was subtle and low-key, but they still managed to spice up their chemistry.

Ranbir Kapoor and Anushka Sharma‘s passion for each other in Bombay Velvet was intense and it defied all the norms.

Shahid Kapoor and Alia Bhatt looked soo made for other in Shaandaar, wooing each other by peeling Fevicol off their palms!

Varun Dhawan and Shraddha Kapoor looked great together and danced beautifully together. What more could you ask for?

Well, it’s your chance to vote for the best new onscreen Jodi of 2015. Vote now guys.