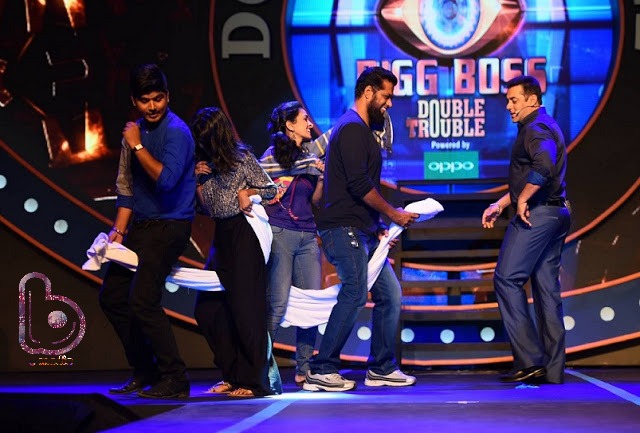 Salman Khan entered the stage singing his very own ‘Main Hoon Hero Tera’ and also performed with ex-Bigg Boss participant Elli Avram and Daisy Shah. Rimi Sen also delivered a stunning performance. As Salman invited the contestants on stage, he asked them to choose a partner for themselves from the two options given to them. Rimi chose Suyyash Rai. Roopal Tyagi and Digangana Suryavanshi are partners on the show. Mandana Karimi chose actor Keith Sequeria over Ankit Gera, who was partnered with singer Arvind Vegda. Yuvika Chaudhary chose actor Vikas Bhalla over Prince Narula. Aman Verma has been partnered with Suyyash’s girlfriend Kishwer Merchant. And Prince got  Rochelle Rao as his partner.

The major highlights of the first episode were-

That’s about it from the first episode, we will be patiently waiting for the second one!