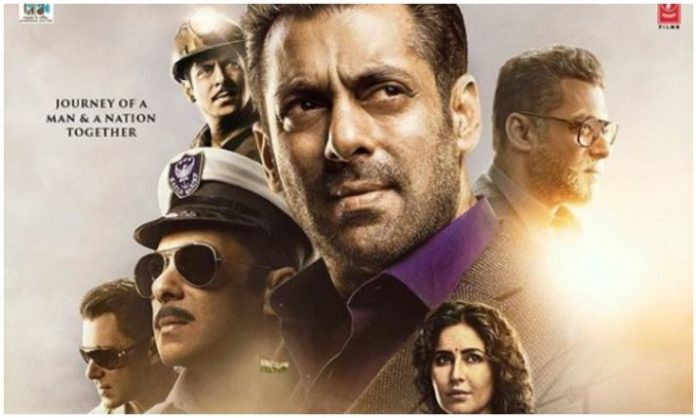 The biggest Bollywood release of the year, Salman Khan’s Bharat is in theatres now. Directed by Ali Abbas Zafar, the movie is released on around 4000 screens across the country. As expected, Salman Khan’s super stardom has worked once again as the movie is off to a bumper good opening. Let’s have a look at Bharat 1st day box office collection report.

The movie is running like a riot in the mass centres likes Bihar, Delhi/NCR, East Punjab, Central India. The single screens have just started and the response is terrific, to say the least.

Even the cricket match between India and SA failed to make a severe impact on the collection of Bharat. The movie remained strong in the evening and nights shows.

It’s a record-breaking opening day for Bharat. In fact, it has exceeded expectations as the trade was expecting 30-35 crore opening.

Bharat is the third highest opening day grosser of Bollywood after Thugs of Hindostan (52.25 crores) and Happy New Year (44.97 crores).