What I Expected? : Expectations sky rocketed when I first heard Zinda. Expecting some very good stuff on its lines.

Gurbani gives a fantastic start, the very patriotic sounding verse is sung to indefinable highs by Daler Mehndi!
Zinda is total killer, the elevated rock arrangements along withSidharth Mahadevan‘s exalted vocals create a true blue electric atmosphere! #MustHear #Repeat
Mera Yaar carries the sufi sound well, and who better than Javed Bashir to take it hands down?! Result? The vocals as well as arrangements sounds wonderful! #MustHear
Maston ka Jhund has Divya Kumar singing dance Punjabi in its purest, raw form! The orchestration plays well, but for most part its Divya Kumar’s on-man-show!
Bhaag Milkha Bhaag works well as a title song, nothing like repeat quality in it, but the arete arrangements and Arif Lohar‘s  raw vocals help immensely. Situational, but serves the purpose. The rock version sung by Siddharth Mahadevan is better, due to the overall perkiness and faster tempo!
Slow Motion Angreza has childish, quirky but nuanced sounds, where Sukhwinder Sigh takes things in his hands and delivers expectedly. Loy and Shankar provide needed support in the chorus.

They say that the best is yet to come, and this time it strikes truth with the last song.
O Rangrez. I guess I need some extra sentences to describe this song. I say that this song is a classic. And why? Mostly because everything is bloody perfect in it. The mood is set right by the strings and Harmonium in the beginning before it dives into Javed Bashir‘s controlled vocals accompanied by Tabla and Sarangi! Now enter Shreya Ghoshal and everything is heaven! The song sways between the sweetness of a ghazal and sharp sound of a Qawaali. The super breezy tune is executed wonderfully by everything above, and every second of the 6:24 run time of the song is crafted elegantly! #Classic #MustHear

Verdict : Bhaag Milkha Bhaag doesn’t disappoint. It doesn’t score by leaps and bounds either. While it has its share of situational songs, namely Maston ka Jhund and the title song, having their own merits, it has couple of tracks which are largely appealing! O Rangrez is a sturdy gem, one of the best songs by SEL ever, I’d say and as far as Zinda is concerned it has every potential to become the new youth anthem, thanks to the brilliant setting. Shankar-Ehsaan-Loy gives us one of their better soundtracks, made more in sync with the movie I think. Very Good effort. 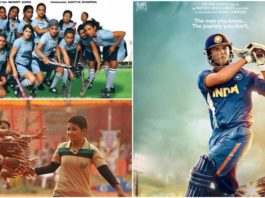 Top 10 Bollywood movies based on sports 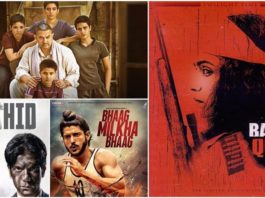 13 Best Bollywood Biopics: Which One Is Your Favorite? 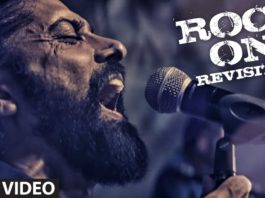 New Song Alert | Time to relive the rock anthem with... 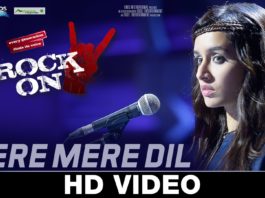 Shraddha Kapoor makes us relive the ‘Magik’ with the song Tere... 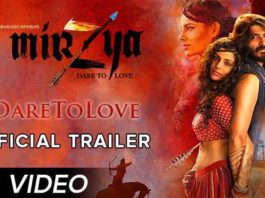 Watch the Second Trailer of Mirzya and Dare to Love! 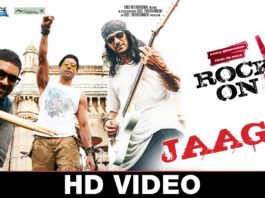 New Song Alert | The first song ‘Jaago’ from Rock On...