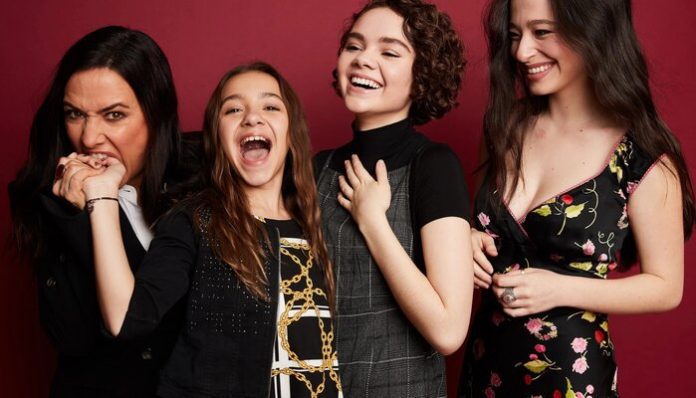 In this article, we will dwell on why Better Things Season 6 isn’t happening on FX? Why the beloves series was canceled after five seasons?

Better Things is a comedy-drama series created by Pamela Adlon and Louis C.K. Debuted on FX in 2016, the series received immense love from viewers and critics. For five amazing seasons, Better Things has entertained viewers with its realistic story of a working single mother raising daughters while chasing her own dreams.

Well, like all good things Better Things also came to an end. The FX series ended with the fifth season that concluded on April 25, 2022. Well, the fans are still thinking about why FX canceled the adorable show and whether a Season 6 could be on the cards someday. Here’s what we know.

What Better Things is about?

The comedy-drama series follows a divorced actress Sam Fox trying to raise her three daughters – Max, Frankie, and Duke – in Los Angeles. The series showcases how Sam positively and enthusiastically raise her daughters without compromising on her work. She has a big heart, never complains, and is ready to help everyone.

It is a depiction of the real-life struggles, highs, and lows of women like Sam that made Better Things a recognized show.

Why does FX cancel Better Things after five seasons?

It is not clear why Better Things ended with Season 5. However, there are a couple of factors including the dip in viewership that might have played a role in the decision to bundle up the series.

The viewership was gradually dipping. While the first two seasons received around half a million views per episode, this number declined to 0.3 million for the third and fourth seasons. The fifth season received a poor 0.12 million views on average.

FX and the creator Pamela Adlon would have thought to end the series on a high so it will remain a memorable show for its loyal fans.

The series ended on a positive note with big family moments, a trip to London, lots of cooking, and generally all of the things that make the show so beloved.

Will There Be a Better Things Season 6?

Pamela Adlon indicated there could be a Better Things Season 6 in the future when she made an announcement about the fifth and final season.

“I will forever be grateful to FX for allowing me to tell stories the way I see the world and want the world to be seen,” Adlon said in a statement to Deadline. “Making this show has been film school for me. I bow down to my crew and my cast. And I can’t wait for people to discover and re-discover Better Things. This is gonna be a wrap on Sam Fox (for now). See you at the after party.”

Well, the statement clearly suggests that Season 5 is just the end of one chapter. There is more to come.

How to watch Better Things online?

Better Things Season 5: Release Schedule & How To Watch It Online?