Thriller is a genre that enjoys a viewership irrespective of differences. In recent years, Indian thrillers have made a huge impact and contribution to digital platforms. Beginning with Sacred Games, we have compiled a list of 15 best Indian crime-thriller web series across various streaming services that will hook you to the screen. These shows have garnered mass support and applause for the thrill factor, casting, and direction.

Since its release in 2018, Sacred Games has enjoyed a widening and varied audience in India and abroad. As the first Indian Netflix series to be released, the show has remained a masterpiece to date. Starring Saif Ali Khan, Nawazuddin Siddiqui, Pankaj Tripathi, and a string of talented actors, Sacred Games blends the mythical and modern elements of society into delivering a crisp thriller. It revolves around the police officer Sartaj Singh (Khan) who receives a phone call from Ganesh Gaitonde (Siddiqui) and as a result, gets enmeshed in a web of larger plans and conspiracies driven by unknown forces. Based on Vikram Chandra’s book, Sacred Games exudes an ominous vibe that corroborates with its theme.

Set in and around Mirzapur, Lucknow, Ghazipur, this series narrates the interconnected stories of individuals in the mafia world. Mirzapur successfully captured its viewership even though critical reviews were polarized. Ali Fazal and Vikrant Massey play brothers who get embroiled in the world of drugs, guns, and power. Pankaj Tripathi invariably plays the feared don who occupies the power position. Shriya Pilgaonkar and Rasika Dugal play poignant roles too. The setting has an authentic Indian mafia touch where raw language and hot temper rule the scene.

Starring Jaideep Ahlawat, Gul Panag, Neeraj Kabi, Swastika Mukherjee, and an array of skilled actors, Paatal Lok has been dubbed by many as Prime Video’s Sacred Games. Ahlawat delivers one of his best performances as an underestimated and disillusioned cop in the Delhi Police, Hathi Ram Chaudhary. He lands his first big case of an assassination attempt gone wrong and sees a potential rise in stature.

As he delves deeper into the case, he realizes that his life is in perilous waters. The standard operating procedure, the media industry, and familial lives are intertwined to create a perfectly balanced story of power, politics, religion, and morals.

“How far will you go to make your loved ones breathe?” Amazon Prime Video’s newest series explores the love of a father who is on a desperate run to save the life of his son against speeding time. R. Madhavan is the father pit against an equally disturbed police officer Amit Sadh as the former executes perfect murders. The cat and mouse chase further outline the philosophies of moral and individual duties that drive both men towards what they feel is right. Breathe is coming back with its second season.

Following the true life-events of one of the most wanted criminals of India, Shri Prakash Shukla, Rangbaaz is set in the 90’s Gorakhpur District of Uttar Pradesh. The show delineates the gangster’s trajectory from being a nobody to being a feared villain of his times. Saqib Saleem dons a mustache and plays the protagonist’s role. Rangbaaz is all about guns and violence while also focusing on the police’s wild chase of Shukla. The series opened to positive reviews and was renewed for a second season starring Jimmy Sheirgill.

This action-thriller starring Arunoday Singh follows a cop – Rudra who agrees to kidnap a girl in exchange for money. What begins as a foolproof and harmless plan twists and turns into a series of criminal activities that endangers the life of Rudra. Mahie Gill and Nidhi Singh play significant roles in the series. The show gives away a retro vibe that further decorates the storyline. Suffused with comic scenes and witty comebacks, Apharan produces an engaging narrative.

Sushmita Sen makes a fierce comeback in this newest Hotstar series as Aarya Sareen. Late into her happy marriage she finds out her husband’s true profession and is repulsed by the discovery. An attack that invalidates her husband puts Aarya at the forefront of activities she never dreamt of. She is then faced with the new goal of protecting her family at all costs and this will lead to her startling transformation. Based on the Dutch drama series Penoza, Aarya also stars Namit Das, Sikandar Kher, and Chandrachur Singh.

The Final Call will engage you throughout with a plot that grows thrilling at every turn. Arjun Rampal plays a troubled pilot and ex-avian serviceman who decides to end his life during a flight to Sydney. The ensuing events take us through the past lives of the passengers and their present dilemmas, the air traffic control officers, the ATS and an unrelenting pilot who holds the reins of fate. The cast includes Neeraj Kabi, Sakshi Tanwar, Javed Jaffrey and Anupriya Goenka.

Kay Kay Menon showcases his brilliant acting in Hotstar’s recent thriller series, Special Ops. The story begins with Himmat Singh (Menon) of the Research and Analysis Wing being scrutinized for financial discrepancies that occurred under his name. Through the process of interrogation, Singh reveals an elaborate plan set up by him to catch that one terrorist who has been wanted for nearly 20 years. Singh’s agents in different countries are brought together for this purpose and this convolutes the storyline further. The professional life of Singh is shown parallel to his personal, family life. Occasional light humor colors this series as wider locations and expansive scheming make it a thriller worth watching.

This crime thriller web series is about a surgeon, whose family is taken hostage a night before she was supposed to operate a chief minister. The doctor whose duty is to save lives is now ordered to assassinate her patient for her family’s safety. Directed by Sudhir Mishra, Hostages is a remake of an Israeli TV series of the same name. It features Tisca Chopra, Ronit Roy, and Parvin Dabas in lead roles. Hostages is back with season 2.

Delhi Crime is one of the most powerful crime-thrillers in the Indian digital space. Starring Shefali Shah, Rasika Dugal, Adil Hussain, and Rajesh Tailang, it is based on the heinous Delhi gang rape that took place in 2012. The series showcases how the Deputy Commissioner of Police, played by Shefali Shah, along with her team investigate the case and found the culprits.

Set in the backdrop of the mystical city of Varanasi, Asur follows Nikhil Nair (Barun Sobti), a forensic-expert-turned-teacher, who returns to his roots at the Central Bureau of Investigation, and along with his former mentor Dhananjay Rajpoot (Arshad Warsi), finds himself caught in a cat-and-mouse game with a brutal serial killer. What follows is a blend of suspense, mythology, and the murders of some people totally unrelated.

Starring Kunal Khemu in a titular role, this Zee5 crime-thriller series is about Abhay who investigates crimes using the mind of a criminal. The show focuses on how Abhay deals with his inner demons while solving criminal gruesome cases. The series also stars Deepak Tijori, Elnaaz Norouzi, Rituraj Singh and Sandeepa Dhar.

The show chronicles the life of a secret agent, Srikant Tiwari (Manoj Bajpayee), who juggles the secrecy of his work and family life. It has a healthy dose of black comedy which surely lightens up the proceedings. The show is a must-watch for its stellar performances and intelligent writing. The season 2 ‘The Family Man’ will be out soon.

The show portrays the corruption and dishonesty in the cricketing world, where deceit is necessary for survival. The show is smartly written and adds the element of cricket which will surely appeal to fans. It stars Vivek Oberoi, Tanuj Virwani, Angad Bedi, and Richa Chaddha in lead roles. The third season of Inside Edge will be out soon.

We have thoroughly enjoyed this ride, so shall you! These are the best Indian crime-thriller web series on Indian OTT platforms. Watch these thrillers and let us know what you feel about each of them. 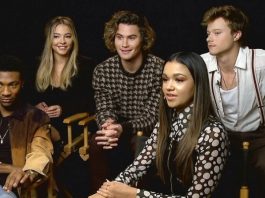 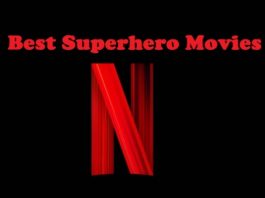