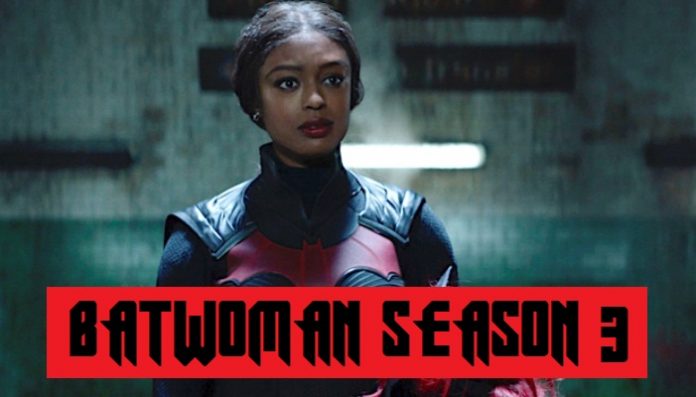 Contents hide
1 Batwoman Season 3: Here’s is when the third season of the superhero series drops on The CW, plot, cast, and other important details.
1.1 Batwoman Season 3 Release Date
1.2 Has the filming started?
1.3 What story will the new season follow?
1.4 Who is in the cast of season 3?

Batwoman Season 3: Here’s is when the third season of the superhero series drops on The CW, plot, cast, and other important details.

Batwoman, as you know, is an American superhero TV series based on a DC character of the same name. Caroline Dries is the developer with The CW as its official broadcaster. The series premiered on The CW on October 6, 2019. It finished airing on May 17, 2020. As of the second season, it premiered on January 17, 2021, and concluded on June 27, 2021. Despite mixed reviews and poor ratings, The CW renewed the show for a third season.

This superhero TV series follows Kate Kane as the initial Batwoman. She is a cousin to the richest superhero, Bruce Wayne, aka Batman. In her brother’s absence, she is responsible for protecting Gotham as a new superhero. Ruby Rose left the show after playing the lead role in season 1. Wallis Day replaced her as a recurring in Season 2. The season’s beginning saw Javicia Leslie as Ryan Wilder emerging as the new Batwoman.

It was February 3, 2021, when we got the official word regarding the series’ renewal. And Season 3 is coming this year only. The Covid-19 pandemic, like the other CW shows, impacted Batwoman too. That’s the key reason why they are making some limitations to the show. Plus, there will be several changes in the airing schedule of the show. It’ll no longer air on Sundays, as it did for the previous two seasons.

Batwoman will officially return for its third season on October 13, 2021. It will follow its regular fall to spring schedule, the same as it did in season 1. This time, we’ll get new episodes every Wednesday. There’ll be a new time slot too. The new episodes will be available at 9:00 p.m on The CW. Talking of the U.K. release, it won’t hit your screens until early 2022. They decided to air it few months after the U.S. release.

Has the filming started?

Proceed with caution, as some spoilers are waiting for you in this context!

Ruby Rose left the show after Season 1 due to her back surgery following an on-set accident. Wallis Day was cast in a recurring role to replace her. Following the events of Season 1’s climax, the new Kate Kane supposedly died when the aeroplane she was in got wrecked. Season 2 sprang with Ryan Wilder replacing Kate as the new Batwoman, attaining Batsuit from the wrecked aeroplane. The season was a complete spine-chiller for all the fans out there.

The final shot revealed several Batman trophies comprising Penguin’s umbrella, Poison Ivy’s vines, and Mad Hatter’s hat. There’s a strong possibility that they’ll play a key role in Season 3. Entertainment Weekly also suggested the same, “This season will explore the final scene of Season 2 and how it plays a major impact going forward.” Besides, Camrus Johnson suited up as Batwing and will fight more criminals in Season 3, rather than sitting idly in the Batcave.

As per our sources, we know that Kate is not dead but kept hostage by Black Mask. That too, the third season will cover, in particular. More importantly, the biggest reveal for Season 3 is that Alice is not dead. She didn’t die at all during childbirth. Instead, she is alive and will be one of the main focuses of Season 3. Besides, the season will also follow Ryan’s backstory. Caroline Dries stated that she is innocent and was put away in jail because she is a Black woman.

Who is in the cast of season 3?

Coming to the cast and characters of Batwoman Season 3, almost all the main characters will return, except one. One of the series’ regulars, Dougray Scott, will not return in Season 3 to play Jacob Kane. Caroline Dries revealed this in a recent interview. The other soul cast members returning to play their former roles are as follows:

According to a report of the Illuminerdi, casting directors are looking to add three new roles for the third season. The first two will be the original characters, while the final one will be the popular comic character, Renee Montoya. These characters are:

Batwoman Season 2 is available to stream on HBO Max from Tuesday, July 27, 2021. So, this is all about Batwoman Season 3. You can read more about the upcoming TV and Web Shows on our blog.

The Flash Season 8 Finale Date on The CW, Number of Episodes & More

Roswell, New Mexico Season 5 Cancelled at The CW, Here’s What We Know

All American Season 4 Finale Date, No. of Episodes & Release Schedule