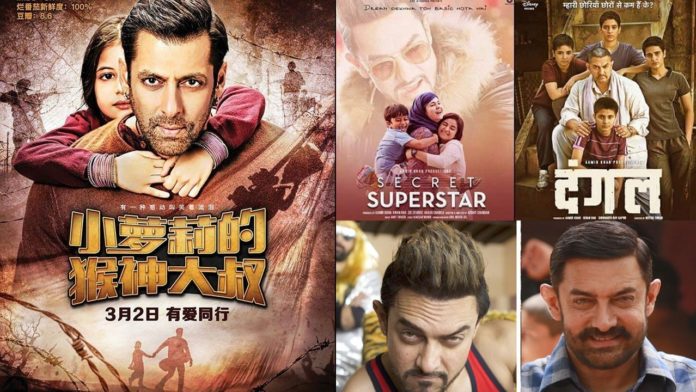 Salman Khan’s 2015 blockbuster Bajrangi Bhaijaan was released yesterday in China on 8000 screens. The movie had a good opening but it failed to beat first day collection of Dangal and Secret Superstar.

However, there is other side of the story as well. Bajrangi Bhaijaan is released at a time when the competition is high in the Chinese market compared to when Secret Superstar released. Secret Superstar was released on 16000 screens. It earned $6.81 million on its opening day with 55865 screenings. Talking about the biggest blockbuster Dangal, it earned $2.49 million on its opening day. It was released on 9000 screens (30,364 screenings). Here’s a look at top 10 opening day Bollywood grossers in China.

While Dangal earned 1200+ crores in China, Secret Superstar has so far earned 780 crores. It would be a difficult task for Bajrangi Bhaijaan to challenge the lifetime collection of these two movies.