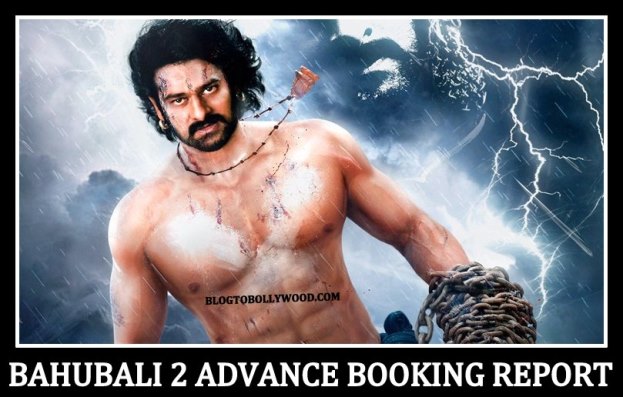 Our two years long wait is about to get over. Just three days are left for the release of the most awaited and hyped movie of 2017, Bahubali 2 or Baahubali: The Conclusion. We just contain our excitement as all our questions will be answered in few day. Bahubali 2 is releasing in Tamil, Telugu, Malayalam and Hindi.

In India, the movie is releasing on 6500+ screens, making it the biggest release in the history of Indian cinema. Distributors from across the world have invested huge money as they know that the movie has enormous potential. The advance booking the movie has started on online websites, apps and as expected the response has been exceptional. Early advance booking reports suggest that Bahubali 2 is all set for a thunderous opening weekend at the domestic box office.

In Andhra Pradesh, the government for the first time has allowed six shows per day considering the buzz and hype the movie has created a before release. The movie is releasing on around 1800 screens in AP and the response has been fantastic, to say the least. As per the reports coming, most of the show for the first weekend has already been booked on Bookmyshow, PayTM and Just Ticket.

In Karnataka, the advance booking opened late due to the pro-Kannada activists’ row which ended on Saturday. While we are still waiting for the reports, it seems that the movie may get affected a bit by the protests.

In Hindi version, the movie is releasing in around 3000 screens primitively in UP, MP, Rajasthan, Punjab, Delhi, Maharashtra and Gujarat circuit. The advance booking in these regions have opened on a positive note and is expected to witness good growth before the release on 28 April 2017.

Talking about Bahubali 2, the movie is releasing on 6500 screens. The hype around the movie is unmatched and we are assured that it will gross 100 crores worldwide on the very first day. Talking about the Hindi version, Bahubali 2 is expected to open with around 85% occupancy. We are expecting the movie to cross 20 crores on the first day. (Read: Bahubali 2 first day prediction)