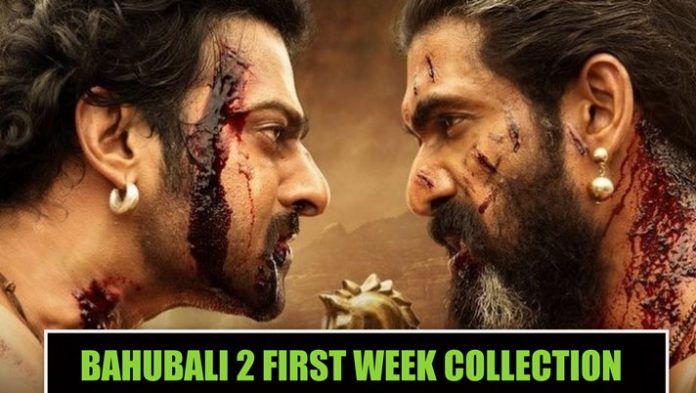 SS Rajamouli’s Bahubali 2 has emerged as the highest grossing movie of Indian cinema in just one week. The movie has been on a record-breaking streak from the first day of its release. It has shattered all possible box office records in these seven days. As per the official numbers shared by Taran Adarsh, Bahubali 2 earned 22.75 crores on Thursday to take its total collection to 247 crores.  Here’s is a detailed look at Bahubali 2 7th day and first-week collection report.

Bahubali 2 7th day collection is 22.75 crores. It has collected 20 crores plus on all seven days and is the only film after Dangal to do so.