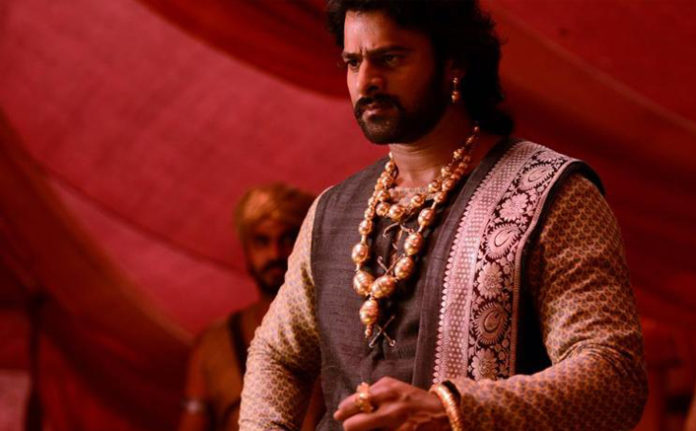 After 10 days of historic run, SS Rajamouli’s Bahubali 2 is finally witnessing some drop in the collection. The movie has faced a considerable drop on Monday and Tuesday. This sort of drop expected as the movie has already consumed a lot of capacity in first 10 days. Despite a big drop, the collection of the movie is still in the range of 15 crores. The movie was on a historic run as it shattered almost all box office in first 10 days. The records like highest opening day, highest opening weekend, highest opening week, fastest 100 Crore, fastest 200 Crore, fastest 300 Crore belongs to Bahubali 2. Check Bahubali 2 12th day box office collection report.

On its second Tuesday, the movie had a decent start with 25% occupancy in the morning shows. As expected the movie saw good growth in the evening and night shows. The metros and multiplexes were rocking big time again. The overall occupancy on the 12th day was around 30% which is a big number. The dominance of Bahubali 2 can be judged by the fact that its 12th day collection is higher than the opening day collection of all Bollywood movies except Raees.

As per the early estimates, Bahubali 2 12th day box office collection will be around 15 crores. The movie has set yet another box office record. It has become the fastest 350 Crore grosser beating PK and Dangal. (Read: 300 crore club of Bollywood)

After 12 days, the box office collection of the movie will be around 360.25 crores. It is now the second highest grosser of Bollywood beating the collection of ATBB movies like Sultan, Bajrangi Bhaijaan and PK. (Read: Top grossers of Bollywood)

Talking about the all India collection, the movie has collected around 730 crores (nett) in 12 days. It has a chance to become the first 800 Crore grosser of Indian cinema. Bahubali 2 (Hindi version) will beat the lifetime collection of Dangal (388 crores) by the end of the second week.

What are your views on Bahubali 2 incredible box office performance? Share your thoughts with us in the comments section. Keep visiting Blog to Bollywood for more filmy news and updates.