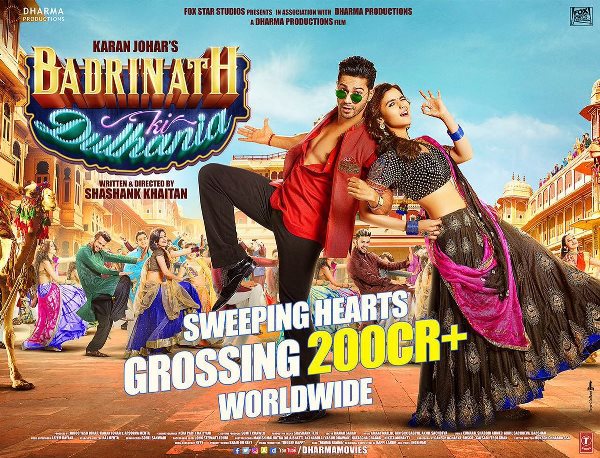 Even after three weeks of its release, Varun Dhawan and Alia Bhatt starrer Badrinath Ki Dulhania is making decent money at the box office. Despite the release of new movies like Phillauri and Naam Shabana, BKD managed to earn around 3 crores in the fourth weekend.

After 24 days, the total domestic box office collection of the movie stands at 114 crores. It is currently the third highest grosser of 2017.  The movie is all set to beat the lifetime business of Akshay Kumar’s Jolly LLB 2 which stands at 116.92 crores. BKD is Varun Dhawan’s 8th consecutive hit movie since his debut in 2012 (Student Of The Year). Alia Bhatt has also improved her success ratio. The actress has delivered just one flop Shaandaar) since her debut in SOTY in 2012. Varun Dhawan and Alia Bhatt are now officially the most bankable young actors in B-town.