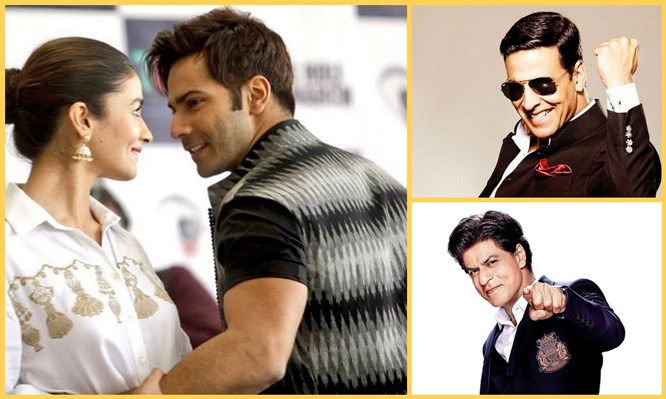 Varun Dhawan and Alia Bhatt’s Badrinath Ki Dulhania had a superb opening week at the domestic box office. The movie took full advantage of the Holi weekend and did fantastic business, earning 43.05 crores. After a superb first weekend, the movie witnessed less than 50% drop on weekdays which signifies that the movie has been loved by the audience.

Badrinath Ki Dulhania is in a hit zone in just one week. As the movie has no competition this week, it is expected to remain strong at the box office. With the current trend, the movie has an outside chance to even emerge as the highest grossing movie of 2017 beating the lifetime collection of  Raees and Jolly LLB 2.

Badrinath Ki Dulhania will be 8th consecutive hit movie of Varun Dhawan since he made his debut with SOTY in 2012. Alia Bhatt is also having a great time at the box office as BKD is her fourth consecutive hit after Kapoor & Sons, Udta Punjab and Dear Zindagi last year.

What are your views on Badrinath Ki Dulhania first week box office collection? Share your thoughts with us in the comments section.