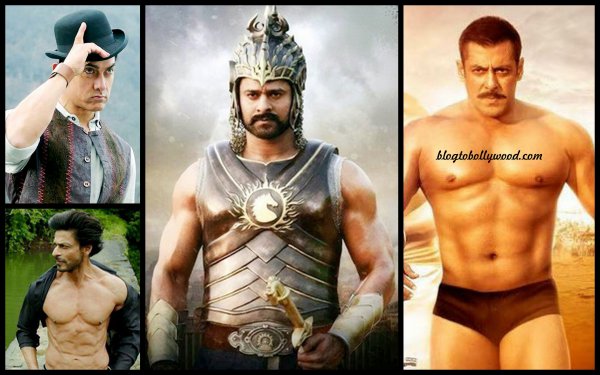 Baahubali 2 First Day Occupancy Report: The Hindi version of Prabhas and Rana Daggubati starrer Baahubali 2 is off to a better start than Bollywood blockbuster movies.

As predicted by us, S.S Rajamouli’s magnum opus Baahubai 2 is off to an earth-shattering start across the country. The movie has opened to 90% occupancy across the country with the best performance being witnessed in Nizam and Hyderabad. The Hindi version of the movie is also off to incredible start with around 80% to 85% occupancy.

This kind of start was always expected as the advance booking reports were super solid. The box office dominance of the movie in the days to come can be judge by the facts that it has already earned around 70+ crores through advance booking.

Let’s have a look at the screen count and first day collection (nett) of Bollywood biggest blockbusters.

Baahubali 2 has smashed all opening day box office records in India by a huge margin. With the collection of 100+ crores, it has beaten the first day collection Kabali (47.2 crores) and Baahubali (42.1 crores).  (Read: Highest Opening Day Collection In India)