Baaghi released in 2016 established Tiger Shroff as the biggest action hero of Bollywood. In Baaghi 3, he takes his action to the next level.

Baaghi 3 trailer review: I am a big fan of Baaghi series. The first film of the franchise was a big hit and established Tiger as one of the biggest action stars of Bollywood. The next film Baaghi 2 took the franchise to the next level. It was one of the top grossers of 2018. Now after to years, Sajid Nadiadwala and Tiger Shroff are back with the third instalment.

I was waiting for Baaghi 3 ever since its announcement. I knew that Sajid and Tiger will take this franchise to the next level. When Baaghi 3 first look poster released, my excitement was at its peak. well, now that the trailer is out, I have to say that I am disappointed.

As the trailer shows, Tiger and Riteish are brothers in the film. Vikram, played by Riteish is a naive cop who calls ‘Ronnie’ every time he is in a difficult condition. The film is about how Tiger saves his kidnapped brother from a terrorist organization in Syria.

What attracts you most in the trailer is Tiger Shroff’s larger than life action sequences. The scale of the film is grand, something we have never seen in Bollywood movies. Tiger Shroff is way ahead of his counterparts when it comes to action and Baaghi 3 is a testimony of it. Baaghi 3 promises a grand feast for action lovers but there is a problem.

Keep action aside and it will become difficult for you to find anything positive in the trailer. A talented actor like Riteish Deshmukh is wasted here. Shraddha Kapoor is a total letdown. It is not that I want to criticize him but she is not going out of his comfort zone. Dialogues are good for the single-screen audience.

Overall, Baaghi 3 trailer promises a larger than life film for action lovers. It will take an earth-shattering opening owing to Tiger Shroff’s fan following and action sequences. Well, 100 crore is a guarantee here but the makers would be hoping for more. 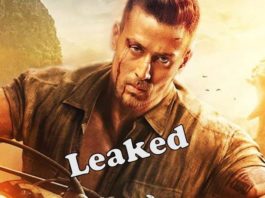