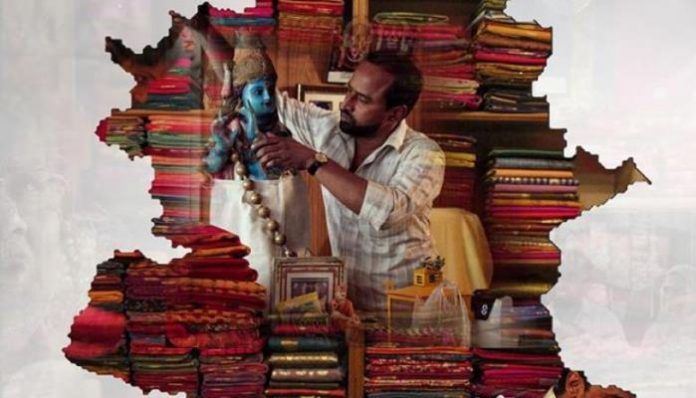 International festivals are often perceived unilaterally. Many people consider them only as events full of film screenings, celebrity meetings, and private parties, which, of course, is wrong.

Most festivals pave the way for young filmmakers, not only showing the films they have made but also supporting their creations.

Yes, for young filmmakers they are like the jackpot you’re hoping to hit after CasinoChan login.

A striking example of this is the International Film Festival Rotterdam (IFFR), where the CineMart production market annually finances several projects and demonstrates them as part of the festival, as soon as they are filmed.

After showing his first film Sivapuranam (The Strange Case of Shiva) (2015) at the Rotterdam Film Festival, Arun received funding for his next project Nasir, which was later also included in the main program of the festival.

The film, illuminated with various colors, and decorated with saris and fabrics, is a quiet reflection of the daily life of Nasir.

Nasir is a poet, although he devotes most of his time to selling colorful objects or caring for an adopted child. He is a poet, like Jim Jarmusch’s Patterson, who was looking for an escape in the field of poetry.

Nasir is decent, honest, and hardworking, and he never complains.

The hero is constantly in corridors, sheltered by loneliness and silence. The possibilities of penetrating the soul of freedom are limited.

Only laconic poems, carefully set out in a notebook, give him freedom.

“I am standing on the shore, which is called Silence.

Merciless time flows through the middle, and on the other side it rains loneliness.

What is life other than loneliness and silence?”

The simplicity of the film sometimes gives the impression that we are watching a documentary.

The morning kiss, the tooth brushing, the sweeping of the entrance to the store or the siesta and prayer in the mosque are as real as Koumarane Valavane, the actor who plays Nasir, who seems to be created for this role.

Having no acting experience and being a theater director, Koumarane understands what the film needs and appears with maximum professionalism.

The image also comes to the general mood of the film. The aspect ratio of the film is 4: 3/1. 33. It is used to denote the width and height of images that are 4 units wide by 3 units tall. And the borders of the frames are ovalized, which visually emphasizes the “imprisonment” of the character.

The peaceful everyday life of the hero is interrupted by constantly sounding propaganda appeals: they hang in the air, fill markets, neighborhoods and houses.

It seems that the environment of propaganda of mutual hatred is so ordinary that no one pays any attention to it.

The problem is that the film takes place in Coimbatore, India, which is mainly populated by Hindus, and the local Muslim minority is subjected to civil repression.

The city is the real residence of the director, where armed conflicts regularly occur, which leads to the loss of hundreds of lives.

And to witness one of these collisions prompted Arun to turn the incident into a visual narrative.

Another basis of the film is Dilip Kumar’s A Clerk’s Story.

In Nasir, the director tried to talk about spiritual and physical deprivation of freedom.

Arun Karthick warns that intolerance and discrimination can infect people, limit them physically and mentally.

This can cloud the mind, and, unfortunately, innocent people will suffer harm.

This also happens with Nasir, who, despite countless difficulties and limitations, has a free soul and is just looking for options for self-expression.