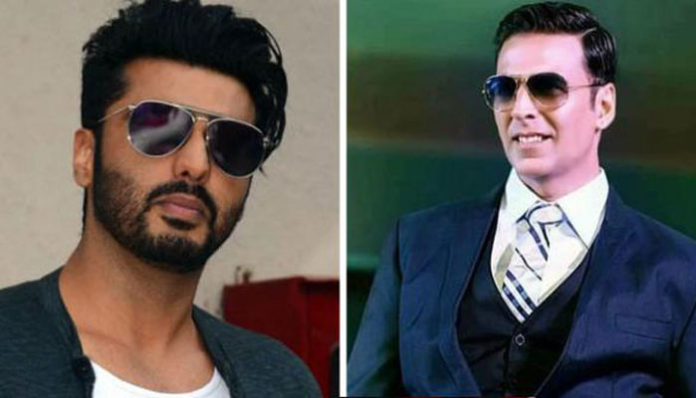 The rumours turned out to be true as Arjun Kapoor replaces Akshay Kumar in Namastey London sequel which has been titled Namastey Canada. Arjun will romance his favourite Ishaqzaade co-star Parineeti Chopra. While the makers have said that it is not a sequel to Namastey London, we know what exactly the truth is. The film will go on floors soon and will hit the screens in 2018.

Both Arjun and Parineeti are super excited to grab this big budget project which can actually change their fortunes. An excited Arjun Kapoor said, “I’m excited to be a part of this project. After working with giants like Amitabh Bachchan and Akshay Kumar, he has chosen me. Namastey Canada has heart and humour, making it a family entertainer.”

Parineeti said, “This is exactly the film I was looking for! It’s a desi story with a videshi heart. I’m excited to be directed by Vipul sir with who I have shared an amazing friendship over the last few years.”

Vipul Shah, the director and producer clarified, “I want to set the record straight. Namastey Canada is not a sequel to Namastey London. I thank Akshay for standing by me and being graceful about sharing the title with me.”

Parineeti and Arjun have worked together in Ishaqzaade and their sizzling chemistry was loved by everyone. The two will be next seen in Yash Raj Film’s next Sandeep Aur Pinky Faraar.

So, Akshay-Katrina’s cute pair has been replaced by Arjun-Parineeti’s hot pair. Do you think, they will be able to do justice to the standard set by the original film? Well, I don’t think so. Akshay and Katrina were too cute in Namastey London and I don’t think any other Jodi can replace them.

What are your views? Share your thoughts with us in the comments section.