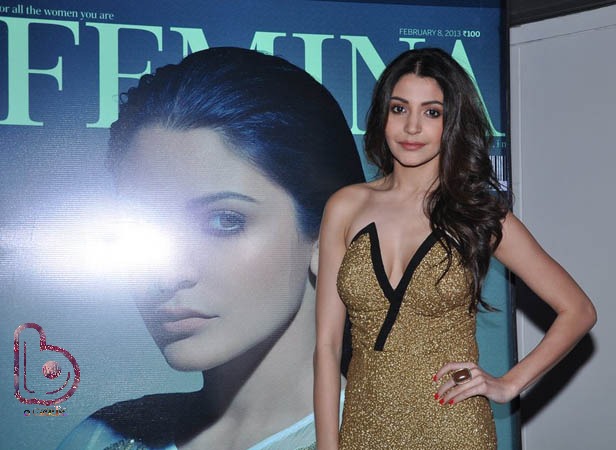 Anushka Sharma recently featured on the cover of Femina magazine and she looks HOT!

Anushka posted the cover on her Instagram, check it out-

The October issue of Femina magazine says ‘Anushka Sharma Takes On The World, One Milestone At A Time’. Wearing a purple gown, Anushka looks amazing on the cover of the magazine’s 56th-anniversary special.

Currently, she is busy shooting for ‘Ae Dil Hai Mushkil’ in London and other parts of Europe. Her manager tells us that Anushka has completed nearly 50 days of shoot for the movie. She will soon be returning to Mumbai for a few days to complete her brand related shoots and hold meetings for her next home-production after ‘NH10′.