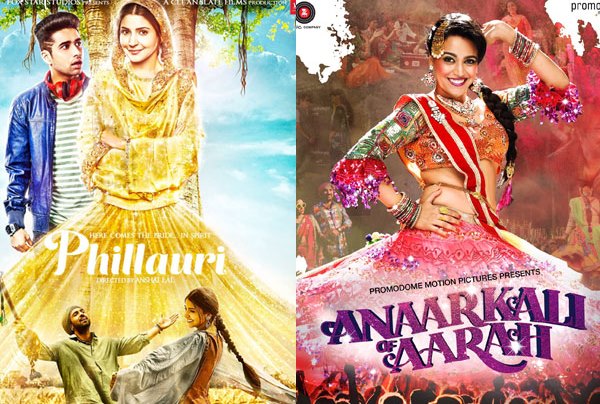 This Friday we will see two small budget women-oriented movies clashing at the box office. It will be Anushka Sharma’s Phillauri Vs Swara Bhaskar’s Anaarkali Of Aarah. Let’s have a look at the box office prediction of both movies.

Phillauri is Anushka Sharma’s second production venture after moderately successful NH10. The movie has been in news ever since its announcement. The trailer of the Phillauri released on 5 Feb 2017 received good response. Anushka Sharma has been single-handedly promoting the movie for last one month. We should say that she has managed to create positive buzz about the movie.

The movie has been made on a limited budget of 21 crores. It has already recovered around 12 crores through satellite and music rights. It just needs 9 crores to be in a safe zone which looks an easy task considering the current scenario. Anaarkali Of Aarah is a small release. It may find some appreciation in its target circuits like UP, Bihar and Jharkhand due to the local flavour.The movie has very little chance at the box office as the audience of this kind of film is limited. We are expecting it to open with collection of around 1 crore. Even if appreciated, the movie will wrap up its box office journey under 10 crores. Overall, it will be a dull weekend for Bollywood. Varun Dhawan and Alia Bhatt starrer Badrinath Ki Dulhania is expected to remain the first choice even in its third week. The movie will cross 100 crores mark on Friday.