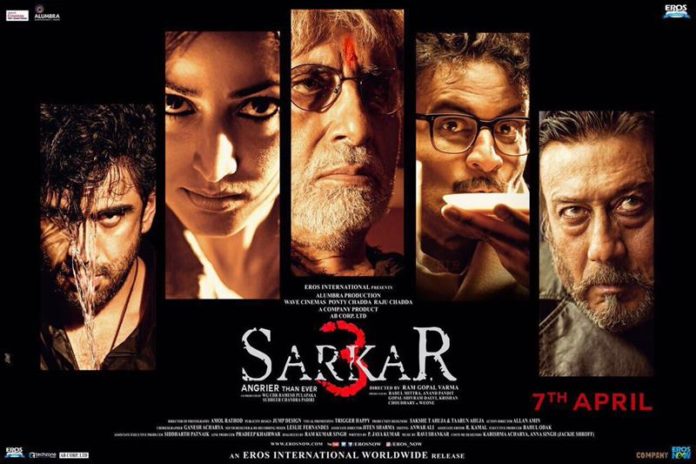 Ram Gopal Varma is back with the third part of his political thriller series Sarkar. Sarkar 3 First Look is out now and it says a lot about the movie.

Sarkar 3 First look is here and it introduces us to a number of interesting characters that will be seen for the first time on the big screen.

While Amitabh Bachchan will be reprising his role in this part as well, there are a number of new additions to the cast. Jackie Shroff plays the role of ‘Sir’ and his line is-“Sarkar aadmi nahi,soch hai toh us soch ko maarne ka bhi tareeka hai mere paas!” Manoj Bajpayee will be seen as Govind Despande who says “Sarkar ko giraoonga mai!”

Check out the posters of each of these characters-

The characters and their dialogues sure seem to remind us of the last two parts. The trailer will be out at 5 pm today. Stay tuned with us for more updates.