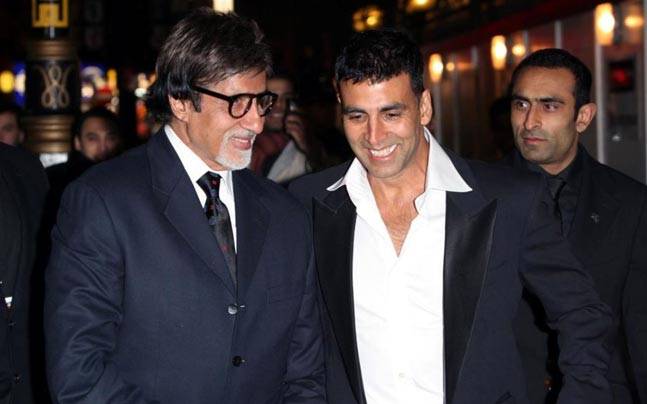 Megastar Amitabh Bachchan has a cameo in R.Balki’s Padman which stars Akshay Kumar, Sonam Kapoor and Radhika Apte in lead roles. Akshay is playing Arunachalam Muruganantham, a social entrepreneur from Coimbatore. Winner of the Padma Shri award, Arunachalam is the inventor of a low-cost sanitary pad making machine. Arunachalam made sanitary pads accessible to women of his village.

Akshay Kumar and Sonam Kapoor have been shooting for in Delhi for a couple of days, but Amitabh Bachchan joined them on Saturday.

In a late night blog post on Friday, Bachchan wrote: ““I work tomorrow… A shoot for R. Balki for the film he does with Akshay Kumar. A special appearance for a few minutes.”

The actor further posted, “Balki does carry his sincerity at every step of his creativity and must have my presence in some form or another, and so here I am.”

Amitabh and R Balki has worked together in many films and Balki considers him his lucky charm. Amitabh has been the part of R. Balki’s every film till date. He was the main lead in Cheeni Kum, Paa and Shamitabh. In other Balki movies like English Vinglish and Ki & Ka, Bachchan had a special cameo.

In other news, Amitabh Bachchan is all set for his next release Sarkar 3. The movie which was earlier slated for release on 7 April 2017 has now been postponed to 12 May 2017.