Next week on All American, we will witness another big part of Spencer’s life. He will make his strides into college football, a world that is both similar and different for him. All American Season 4 Episode 10 will air on coming Monday night. Here’s is everything we know about it.

The CW hasn’t revealed the episode count for the current season. The first two seasons featured 16 episodes each while the third season comprises 19 episodes. So, we can expect the fourth season to have at least 16 episodes.

The next episode titled “6 ‘N the Mornin'” is directed by Christine Swanson and written by John A. Norris. Here’s the summary:

“With summer ending and their college football careers beginning, Spencer (Daniel Ezra) tries to adjust to more than his brutal workout schedule. Olivia (Samantha Logan) is excited for her new job, but it isn’t what she anticipated. Patience (Chelsea Tavares) asks Layla (Greta Onieogou) for help with Coop (Bre-Z) in getting her motivated, but their plan doesn’t go as expected. Asher (Cody Christian) runs into someone from his past and learns what has really been going on. Meanwhile, Grace (Karimah Westbrook) joins the search committee for a new a principal and has someone in mind for the job.”

The sport is so time-consuming that it lives very little time for learning for Spencer. It becomes incredibly difficult for him to manage sports and college studies at the same time. This big shift in life is going to change him.

How to Watch All American Season 4 Episode 10?

All American is The CW exclusive show in the United States. Season 4 usually airs new episodes on Monday nights at 8:00 p.m. ET. If you want to watch All American next episode, you can tune in to The CW network on the date and time mentioned above.

You can also watch the new episode on The CW’s official website or the mobile app by logging in with your existing cable subscription credentials. The new episodes will be available to stream on live TV streaming services such as Xfinity, DirecTV, Fubo TV, Youtube TV, Hulu Live TV, and Apple TV. You can also purchase the latest episodes on VOD platforms such as Amazon Prime, Google Play, iTunes, and Microsoft Store.

The first three seasons of All American are also available for streaming on Netflix US. The fourth season will be available 8 days after the season’s finale airs on The CW. 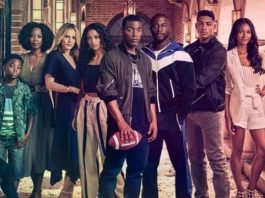 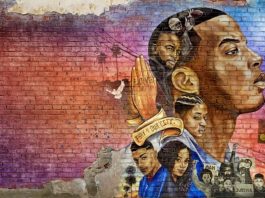 When will ‘All American’ Season 4 be on Netflix US? Release... 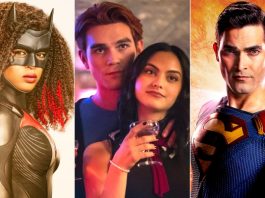 The CW Sets Finale Dates for All American, Legacies, Flash and...